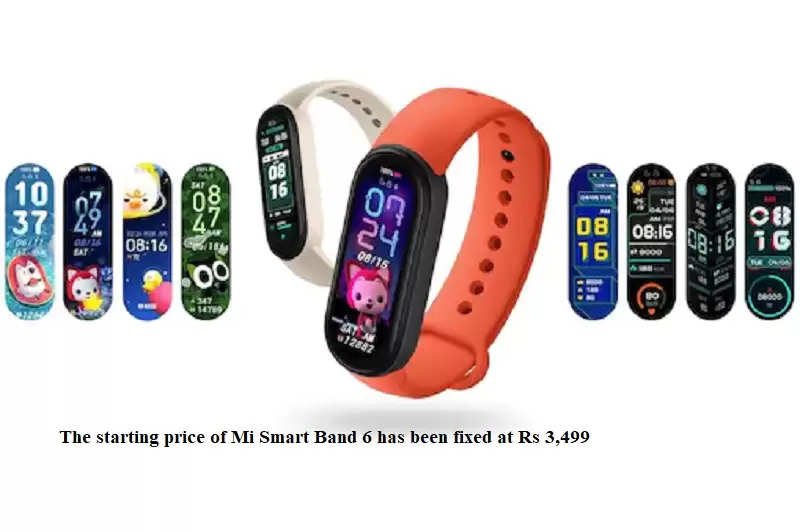 Xiaomi has launched Mi Smart Band 6 in India. This smart fitness band was first launched in China earlier this year.


The Mi Band 6 has been introduced with a bigger OLED screen than the Mi Band 5. The band will get a 1.56 inch AMOLED display. The starting price of the Mi Smart Band 6 has been fixed at Rs 3,499. This new fitness tracker has been launched with a SpO2 sensor and 30 sports modes. The first sale of Mi Band 6 will be held on August 30 from Mi.com, Amazon India, Mi Home, and other retail outlets.

Any existing Xiaomi Mi Band buyer (from Mi Band 1 to Mi Band 5) can avail of a discount of Rs 500, after which the price of this band will come down to Rs 2,999. Some features of this band are similar to Mi Band 5. Its screen is 50 percent bigger than the display of Mi Band 5. This Mi Band comes with a SpO2 sensor, in which you can measure blood oxygen level to stress.

Mi Band 6 also comes with 24×7 heart rate monitoring. Mi Band 6 has been introduced with 30 fitness modes. It also has auto-detection modes. Also, the smart band also gets 5ATM water resistance. The Mi Band 6 packs a 125mAh LiPo battery and can be fully charged within 2 hours. Its battery claims to give a backup of 14 days in a single charge. The company claims that the fitness band can intelligently track 6 fitness activities.