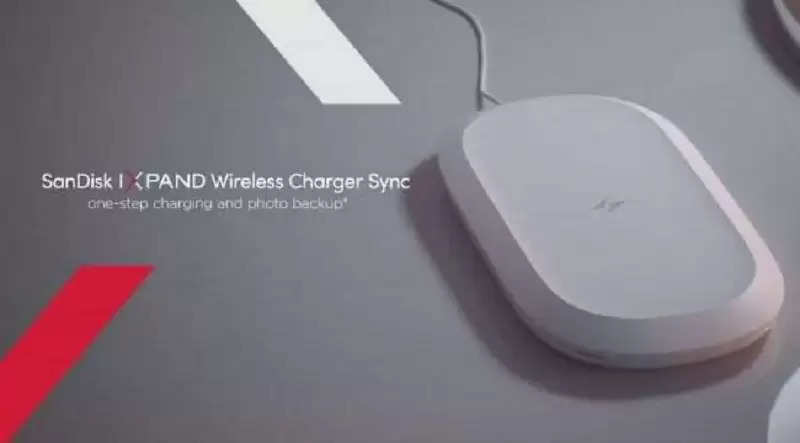 Western Digital has forayed into the wireless charging segment with the launch of its SanDisk Ixpand Wireless Charger Sync. Interestingly, the new product from Western Digital (SanDisk wireless charger) won't just be its first wireless charger. It will also be able to store data automatically. This will help its users to back up their data wirelessly on Qi-compatible devices, so there will be no need to do regular manual backups.


Also, the company has introduced a more affordable SanDisk Ixpand Wireless Charger 15W with an adapter. The wireless charger offers fast-charging up to 15W. It comes with a SanDisk AC adapter and USB Type-C cable. The charger also has a soft rubber ring that helps keep your charging phone from slipping.


This charger-cum-storage product supports multiple backup profiles. This means that multiple users can use the device to store their data while charging. Hence it can work both as a charger and data backup option at different times in a day. It comes with 256GB of local storage and hence can hold maximum data for backup.

For a flagship entry product, Western Digital claims that the SanDisk Ixpand Wireless Charger is capable of delivering up to 10W of power with Sync Fast Charging. It comes with a power plug and cable to enable charging. The USP, however, lies with the device's ability to transfer and store data through Qi connectivity from the device.

The company says the SanDisk Ixpand Wireless Charger Sync can automatically back up photos and videos in full resolution, as well as contacts from a single device. Users just have to put their phone on it like a wireless charger and the data will be transferred wirelessly.

Ixpand Wireless Charger Sync and Ixpand Wireless Charger 15W are compatible with both iPhone 8 and upper models, Samsung Galaxy S7 and above, Samsung Galaxy Note 5 and above, AirPods Pro, and other Qi-compatible smartphones. The company claims that both the wireless chargers are designed for protection through temperature control, foreign object detection, and adaptive charging that help protect the phone's battery.