Samsung is going to launch the tablet with the biggest screen yet, you will get a lot of cool features 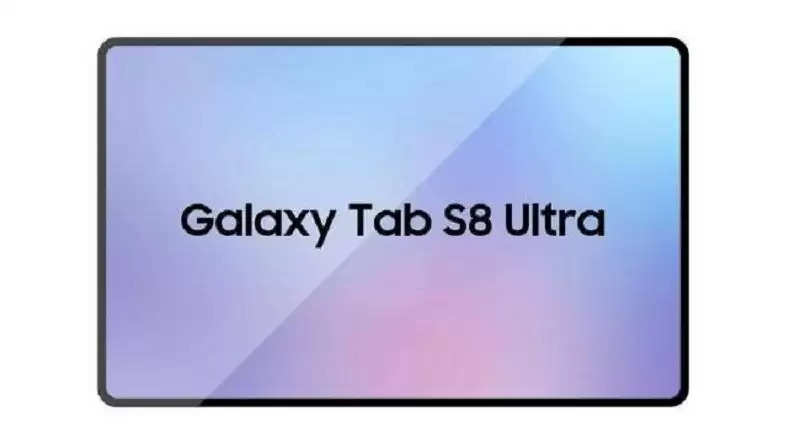 Samsung Galaxy Tab S8 Ultra Specs: South Korean tech giant Samsung is always in the news due to its upcoming launches and advanced features given in them. The company is working on a new tablet at the latest. It is reportedly planning to launch the Galaxy Tab S8 tablet alongside the Galaxy S22 smartphone. According to the tipster Ice Universe, the Samsung Galaxy Tab S8 Ultra (SM-X906B) will feature a 14.6-inch OLED display with a 120Hz refresh rate. As reported by GSMArena, the display will have a 2,960 x 1,848 px resolution (which is a 16:10 aspect ratio). It is believed that this could be the first tablet from the company to come with the biggest screen ever.


These cool features will be available in Galaxy Tab S8 tablet


The tablet will house an 11,500 mAh battery and will come with 45W fast charging support. The Tab S8 Ultra's panel is an OLED display, however, the base Tab S8 will have a TFT panel. In addition, the Tab S8+ will also sport an OLED panel, while each model is expected to have support for a 120Hz high refresh rate. The device may run on Android 12 OS out of the box with OneUI 4.0 on top.


Will launch with Galaxy S22 series

The Galaxy Tab S8 series and Galaxy S22 series smartphones can be launched in January or February 2022. As per the leaked specifications, the Galaxy S22 Ultra is expected to continue the dual 10MP telephoto camera setup on the Galaxy S21 Ultra. One of these lenses will be a periscope lens that will offer 10x optical zoom. The Galaxy S22 could also pack a 3,700 mAh battery with 25W charging support.

The Galaxy S22+ is expected to be equipped with a 4500 mAh battery. In terms of software, the Galaxy S22 will come pre-installed with OneUI 4. x based on Android 12.