Realme Pad will knock in India with a slim design, the company's CEO released the teaser 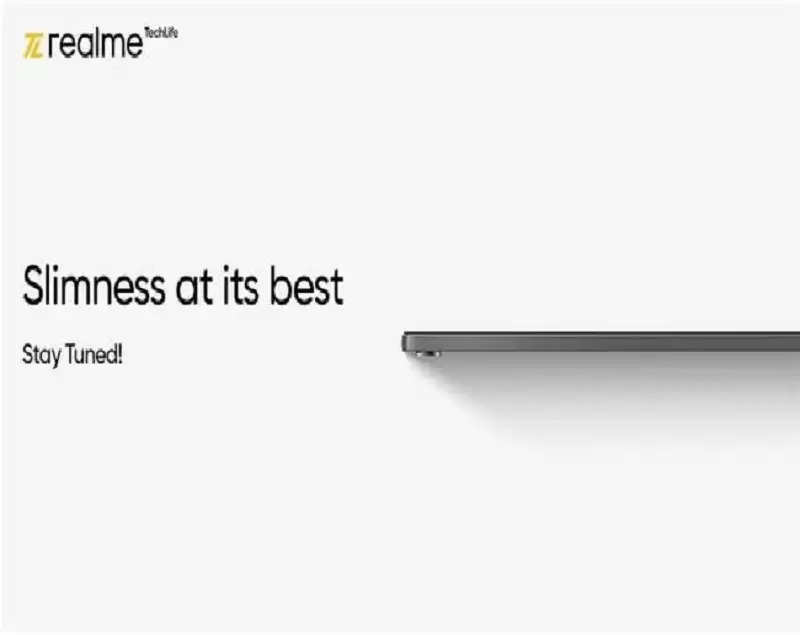 Smartphone maker Realme is preparing to launch its first tablet Realme Pad in India. There have been many reports of this upcoming tablet. Now the company's CEO Madhav Sheth has released the teaser related to Reality Pad, in which the tablet can be seen. However, no information has been received from the teaser regarding the launch date, price, or features of the upcoming tablet.


Going by the teaser shared by Realme CEO Madhav Seth, it is known that the Realme Pad will weigh less. It has a metal edge frame and a small camera bump. Seth says that this tablet can be easily carried anywhere. Apart from this, not much information has been found.


According to leaked reports, the Realme Pad will have a 10.4-inch FHD+ AMOLED display. MediaTek Helio G80 processor will be given to this device. Also, it can get 6GB RAM and 7,100mAh battery. Apart from this, 8MP rear camera and 8MP front camera can be given in Reality Pad.

The expected price of Realme Pad

Realme has not yet given official information about the launch, price, or feature of Realme Pad. But if leaks are to be believed, this upcoming tablet can be launched on 9th September and its price can be kept in the mid-premium range.

This phone has a 6.5-inch HD+ mini drop full-screen display. Its screen-to-body ratio is 89.5 percent. It has the support of a 12nm octa-core Unisoc T610 processor. Its clock speed is 1.8GHz. This phone works on Android 11 based Realme UI.