Realme GT Neo2 can be launched in India soon with these features and price! Realme GT Neo2's launch date in India will be revealed soon that the company has officially started teasing the phone. Realme India CEO Madhav Sheth revealed that the Snapdragon 870-powered phone is coming soon and a landing page is live on the Realme website. The landing page confirms some details like Snapdragon 870 chipset and 120Hz AMOLED display but other details have not been given. Today we have more to share about the phone with you. 91mobiles has been revealed by tipster Mukul Sharma about the upcoming Realme GT Neo2 RAM, storage, and color options in India. 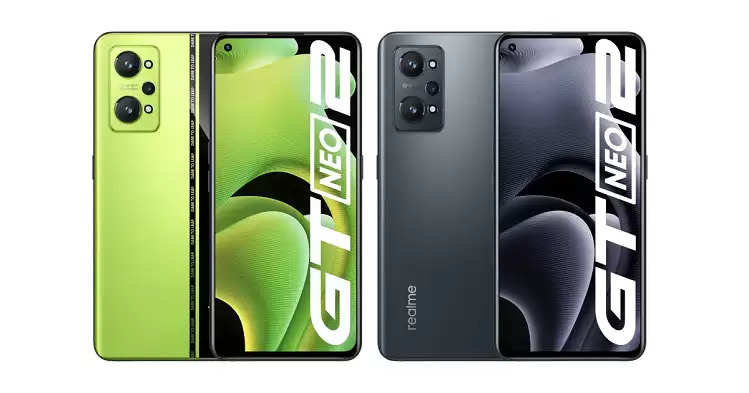 According to Mukul Sharma, the Realme GT Neo2 India variant will come in two RAM and storage options - 8GB+128GB and 12GB+256GB. Let us tell you that, the phone is available in three variants in China, which includes an 8GB + 256GB model. But it looks like the 8GB/256GB variant will not arrive in India.

Additionally, the tipster shared that the upcoming Realme phone will be available in Neo Black, Neo Green, and Neo Blue color options. All three colors were also launched in China. 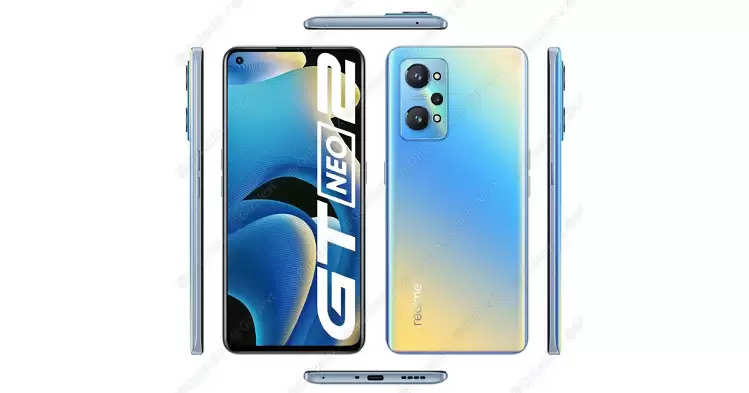 The Realme GT Neo2 is part of the GT series, which means you can expect it to deliver flagship-grade performance and a premium design language. As far as the design is concerned, the phone sports a corner punch-hole camera with a thin bezel around the display. At the back, you get a matte finish rear panel that houses a rectangular camera module. The device comes in three color options, of which the Neo Green color stands out.

In the hardware department, the Realme GT Neo2 is powered by a Qualcomm Snapdragon 870 5G chipset paired with up to 12GB of RAM and 256GB of internal storage. The device flaunts a 6.62-inch FHD+ 120Hz E4 AMOLED display with 1300 nits brightness.

The Realme GT Neo2 gets a triple rear camera system that includes a 64MP primary camera, an 8MP wide-angle lens, and a 2MP macro lens. On the front, the phone has a 16MP camera for selfies. The Realme GT Neo2 packs a 5000mAh battery that supports 65W fast charging.

What is the price of Realme GT Neo2 in India?

The price of Realme GT Neo2 in China starts from around Rs 28,500. Considering Realme's history of launching phones at aggressive prices, we can expect similar pricing for the Indian market. You can expect the Realme GT Neo2 to cost around Rs 30,000 and above in India, given the increase in the GST rate and component prices.