If the screen of this Samsung phone is broken, then you will have to pay about Rs 36,000 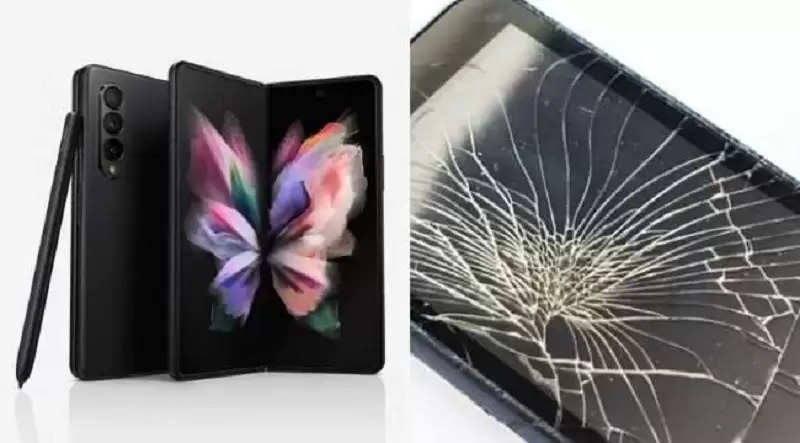 Samsung replaced its iconic Note line-up with a foldable smartphone earlier this month. Samsung has expanded into the foldable smartphone market with a focus on the Samsung Galaxy Z Fold 3 and Galaxy Z Flip 3 devices. Both the phones come with great features that allow them to compete with mainstream Android flagship smartphones. The Samsung Flip 3 is priced at Rs 84,999 and the Galaxy Fold 3 starts at Rs 1,49,999.


For most people, this can be a premium and expensive smartphone. The cost of repairing these phones can take a huge toll on your pocket even if they can afford it. Samsung India's website hasn't yet reflected the Galaxy Fold 3 screen repair cost, but according to The Verge, after the one-year warranty, the Galaxy Fold 3's interior will cost $479 (approx. 36,000) will be spent. The same will set you back $369 (roughly Rs.27,500) for the Galaxy Z Flip 3.


The comparative cost of the external displays of both these smartphones is affordable. The outer screen of the Galaxy Fold 3 can be changed for $149 (approximately Rs 11,000) while the Flip 3 costs $99 (approximately Rs 7,300). In India, Samsung has announced that customers can buy the Galaxy Z Fold 3 5G pre- 7,999 on booking and Rs 4,799 on pre-booking of Galaxy Z Flip 3 will be eligible for free 1-year Samsung Care+ accidental and liquid damage protection. This will provide them cover against screen damage for the first year, but, if the display breaks beyond the mentioned period, they should be ready to pay a decent amount.


The repair cost for India may be higher than in the US market. According to the Samsung India website, the cost of repairing the main display of the Samsung Galaxy Z Fold 2 is Rs 45,004 while that of the sub-display is Rs 7,396. Last year's Galaxy Z Flip costs Rs 33,394 for the main display while the sub-display will cost you Rs 20,086. The prices are higher than traditional smartphones due to the different displays used by Samsung and the engineering behind making the foldable smartphone.