Be careful: After the OnePlus phone, the charger exploded like a bomb, got four pieces 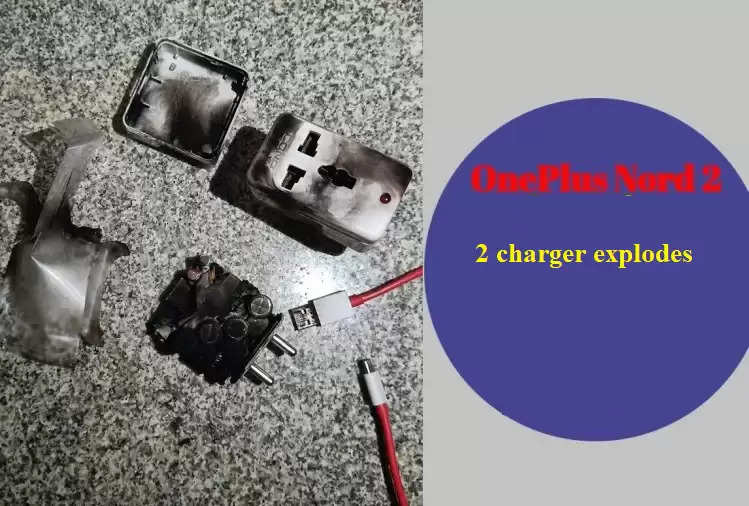 OnePlus Nord 2 was launched by the company in India in July this year and since then the phone has been in controversy. It was only after the launch that a user claimed that his OnePlus Nord 2 caught fire, however, the tweet was later deleted after a settlement was reached with the company. After that, earlier this month, a OnePlus Nord 2 exploded in the gown of a Delhi-based lawyer, causing a fire in the gown. Victim lawyer Gaurav Gulati had also shared some pictures of the fire in the phone from his Twitter account, although now OnePlus has sent a legal notice to Gaurav.

Explosion in the charger of OnePlus Nord 2 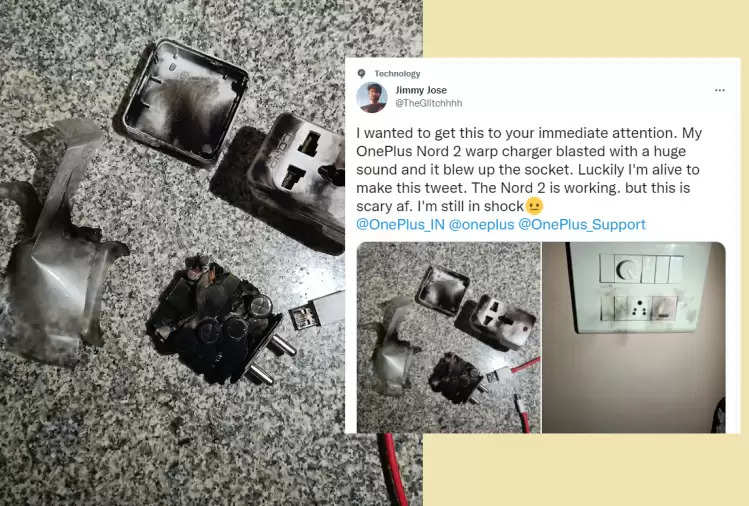 Now a user named Jimmy Josh (@TheGlitchhhh) has tweeted claiming that his OnePlus Nord 2 fast charger has exploded. According to Jimmy, when the charger caught fire, there was a sound like a bomb explosion. Jimmy has said in his tweet that he was lucky that his life was saved. 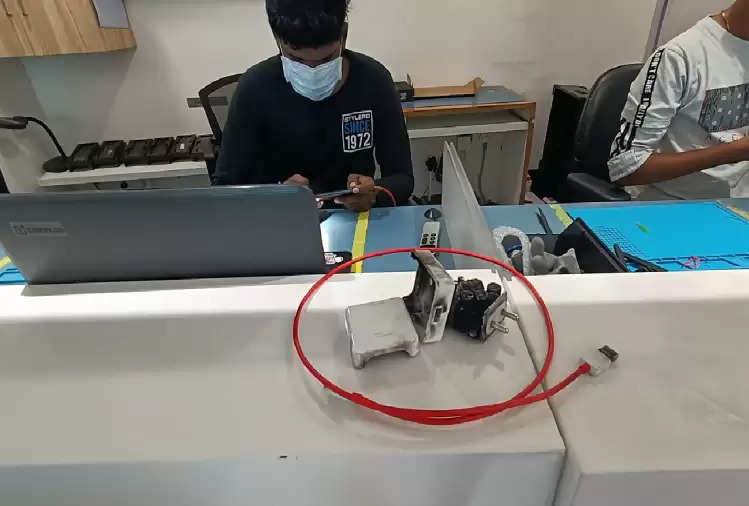 After the tweet, Jimmy was asked by OnePlus to contact a service center. A service center official said that due to voltage up-down, the charger got stuck, although Jimmy Josh has been given a new charger, customer care attributed the voltage to the blast in the charger. has been

The notice was issued to the one whose phone caught fire 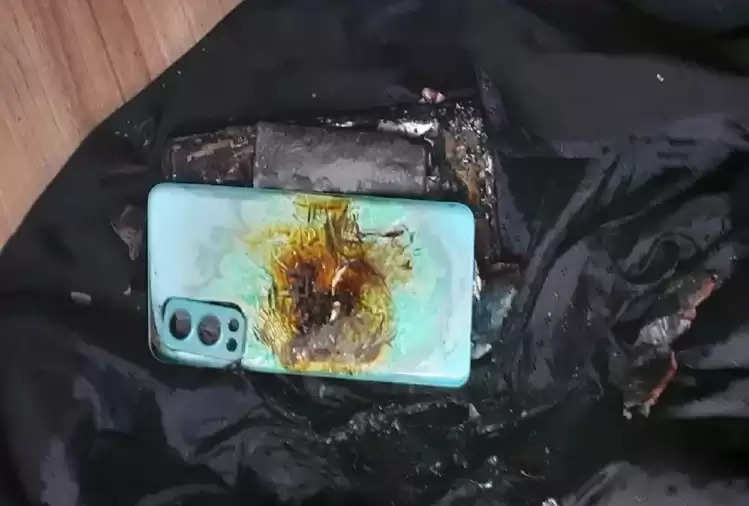 Recently, regarding OnePlus' new smartphone OnePlus Nord 2 5G, a Delhi-based lawyer claimed that his phone exploded like a bomb, after which his gown caught fire. OnePlus has issued a notice against the lawyer who claimed that the phone caught fire. 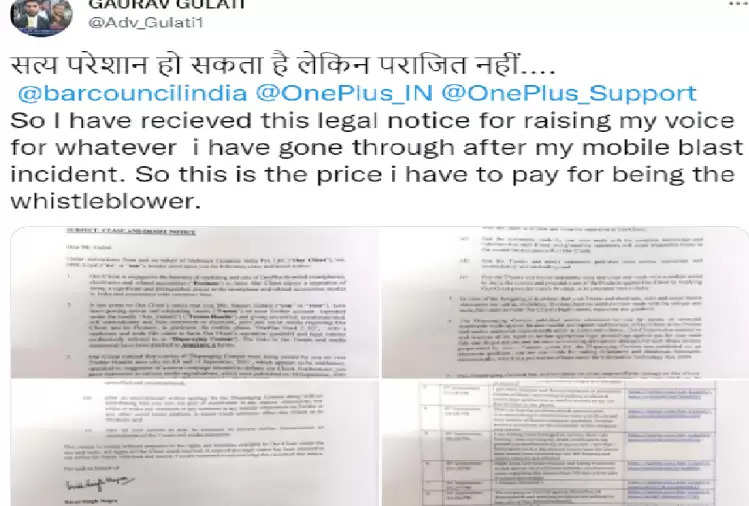 OnePlus has sent a cease and desist letter to Delhi-based lawyer Gaurav Gulati. In this letter, there was a demand to make or publish any derogatory videos or derogatory statements related to the company. Apart from this, the earlier ones have also been asked to be removed. Advocate Gaurav Gulati has also given information about the legal notice sent by OnePlus by tweeting. Explain that when someone has to demand to stop illegal activities, then a cease and desist letter is sent to him. OnePlus has said that it will follow legal procedures to resolve the matter.