Attention mobile users! These 5 rules will change from September 1, know what will be the effect on the users 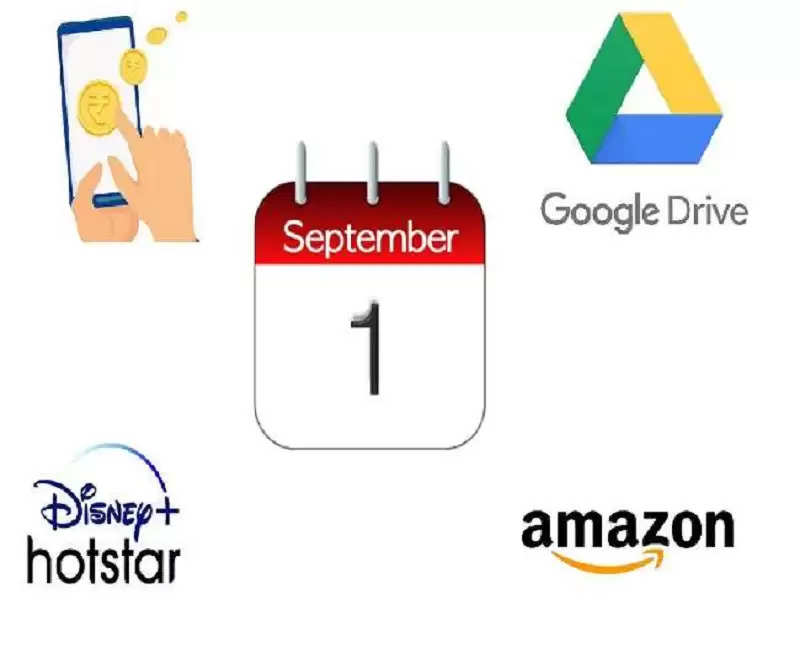 If you are a mobile user. Also, if you use OTT platforms like Disney + Hotstar on mobile, then you will have to do expensive recharge. Also, the rules of service like Amazon, Google, Google Drive have been changed. These changes are effective from September 1 and September 15. In such a situation, mobile users should know about these 5 rules that will change from September 1. Which is going to fall directly into the pockets of the users. Meaning you will have to pay a higher price for these services.


Fake android app will be released


Google's new policy is effective from September 1, under which apps promoting false and fake content are being banned from September 1. Google has said in its blog post that long-time unused apps will be blocked by app developers. Let us know that the rules of the Google Play Store are being made stricter than before by Google.

From September 1, the subscription to the OTT platform Disney + Hotstar will become expensive in India. Users will have to pay Rs 499 instead of Rs 399 for the base plan. Meaning users will have to pay 100 rupees extra charge. At the same time, for Rs 899, customers will be able to run Disney + Hotstar app on two phones. Also, HD quality is available in this subscription plan. You can run this app on 4 screens for Rs 1,499.

Buying goods from Amazon will be expensive

Ordering goods from Amazon from September 1 can be expensive. The company may increase the logistics cost due to an increase in the price of diesel and petrol. In such a situation, Rs 58 may have to be paid for a package of 500 grams. The regional cost will be Rs 36.50.

Google Drive users will get a new security update on September 13. Due to which the use of Google Drive will be more secure than before.

New rules are coming into force for Google Play Store from 15 September 2021. Under which such short personal loan apps will be banned in India from September 15, which harass the borrowers by cheating in the name of the loan. About 100 such short loan apps were complained about, after which new rules have been implemented for such apps by Google. After the new rules, app developers will have to provide more documents regarding short loan apps. Let us know that companies like Xiaomi, Realme are included in the short personal loan app.