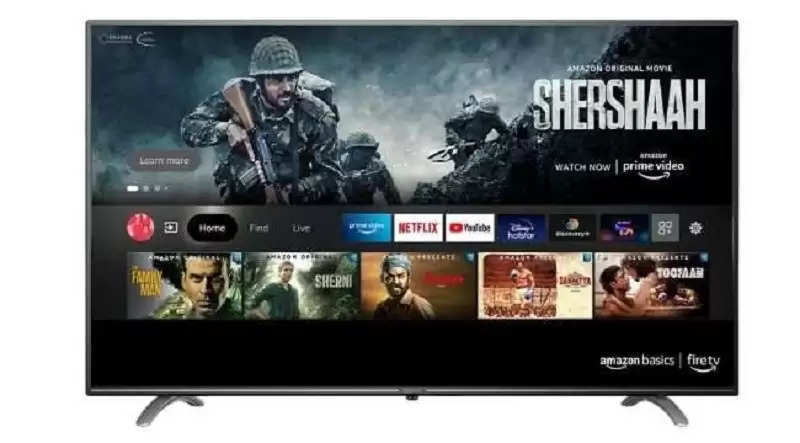 After smart displays, smart speakers, and the Fire TV stick, Amazon may soon release Amazon-branded TVs in October. According to the report, Smart TVs, like other products, will be powered by Alexa and will come in the range of 55 and 75 inches in screen sizes. The products will reportedly be manufactured by third-party companies. According to the report, the Amazon-branded TV will be first launched in the United States.


According to Business Insider, Amazon is planning to launch Amazon-branded TVs in the US. The company has reportedly worked on the TV for two years, and it could be launched by October. The report suggests that the TVs will have screen sizes in the 55 and 75-inch range. The TVs will be manufactured by third-party companies like TCL, but it is also developing in-house designed TVs. No information has been revealed about the release date of which yet.

Amazon is not entirely new to the TV business. The e-commerce company offers AmazonBasics branded TVs in India. It has partnered with BestBuy to sell Toshiba and Insignia TVs that are powered by Amazon Fire TV software. Most importantly, Amazon sells Fire TV Sticks, the Fire TV Cube, which makes your TV smart.

Alexa will get support

Amazon is already developing display and Fire TV devices, it was high time that Amazon launched its TV which is powered by Alexa. Amazon will first launch the TV in the US. It is too early to comment whether Amazon will release the TV in India and other markets. If Amazon launches its TVs in India, then it will become a new competitor for companies like Samsung, LG.

Features and Specifications of Echo Show 8

As far as the latest launch of Amazon is concerned, the company has recently introduced Echo Show 8 2nd Generation. The device is an upgrade over the Echo Show 8, which was launched in 2020. The second-generation Echo Show 8 features an 8-inch HD screen, an improved 13-MP camera, dual stereo speakers for balanced sound output. The device comes with a microphone, camera controls, and the ability to delete your voice recordings.