Major telecom company Bharti Airtel has announced a revised mobile tariff for customers. The new tariffs will be applicable from today.

Data from the Telecom Regulatory Authority of India (TRAI) shows that Bharti Airtel got subscribers in August. The data shows that in the month under review, Airtel gained over 1.38 lakh subscribers to take its total subscriber base to 35.41 crore users.

According to the data, the telecom industry lost around 1.12 lakh, wireless subscribers, in August. The total telecom subscriber base for wireless connections in August was over 118.67 crores, as against 118.68 crores in July. 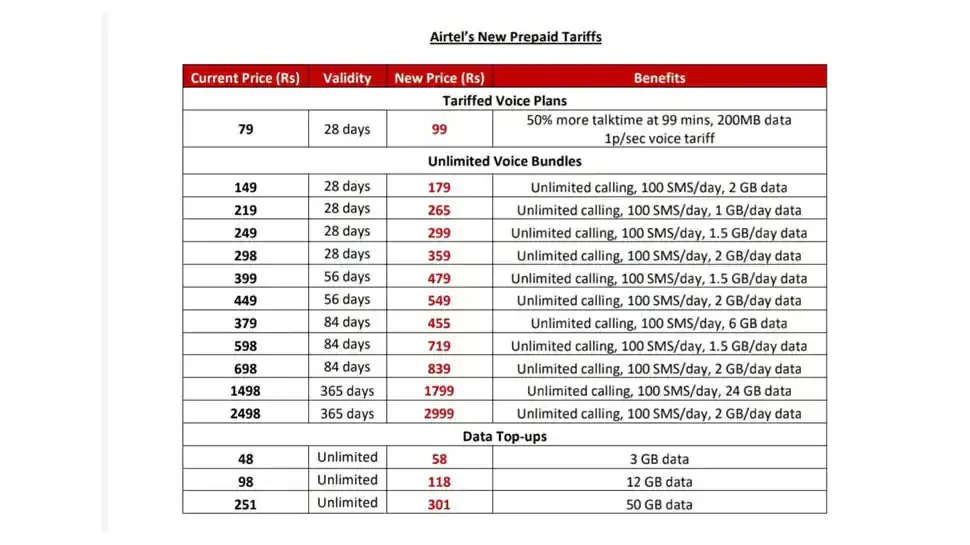 It has also showcased India's first rural 5G trial as well as the first cloud gaming experience on 5G.

Airtel is leading the O-RAN Alliance initiative to build 5G solutions in India and has announced partnerships with the Tata Group, Qualcomm, Intel, Mavenir, and AlteoStar.