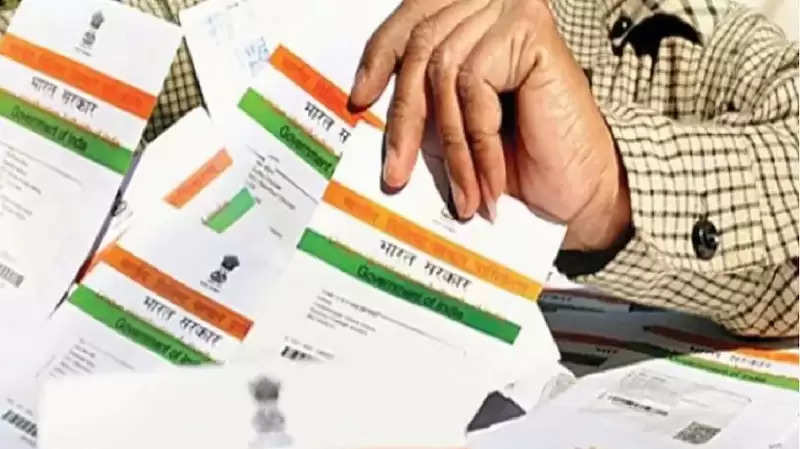 Aadhar number is an essential document in today's time. Before hiring any person, we check his Aadhar card. But did you know that Aadhaar numbers can be fake? Let us know how it can be detected.

Aadhaar number is much more than the official document we have. Apart from being the proof of identity and proof of residence, it is also used for availing benefits under various schemes brought by the government. Apart from this, Aadhaar number is also essential for obtaining other government authorized documents like ration cards, passports, and even PAN cards. Therefore, organizations and individuals accepting the Aadhaar number as a proof of identity must be able to easily verify its authenticity.

The Unique Identification Authority of India (UIDAI), the government body that issues the Aadhaar card, has shared two easy ways by which individuals and organizations can check whether the Aadhaar number is genuine or fake, both online and offline. Let us know about its method.

How to Verify Aadhar Number is Real or Fake (Online Mode)

To verify the authenticity of Aadhaar number through online channels, you need to follow these steps:

How to Verify Aadhar Number is Real or Fake (Offline Mode)

To verify the authenticity of Aadhaar number through offline channels, you need to follow these steps:

Download the Aadhaar QR Scanner app on your Android smartphone via Google Play or Apple's App Store via iPhone and log in to the app.

Scan the QR code on the card holder's Aadhar card. By doing this you will know whether the Aadhaar number is authentic or not.
UIDAI recommends verifying 'Aadhaar' as an additional check for users, for example, at the time of hiring an employee, domestic worker, driver, or renting a tenant. UIDAI has also released an update for the Aadhaar app on Android and iOS. In the update, people get features like push notifications, 'My Request' to view the status of all requests, and online demographic updates among other things.