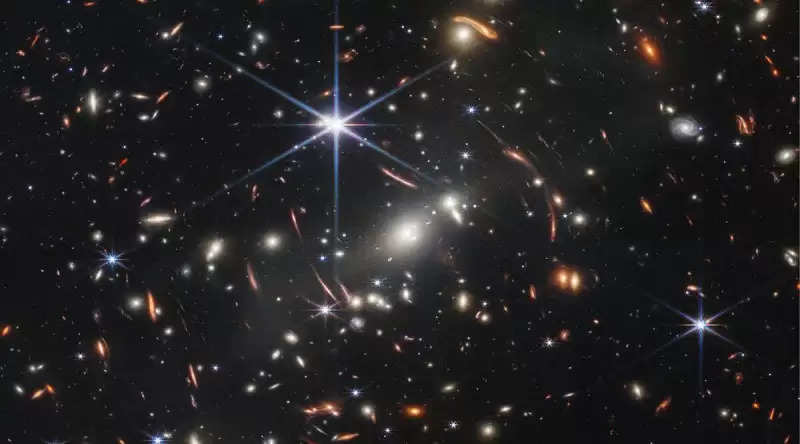 Image of the universe released by NASA (Photo Source: @NASA)

The US space agency NASA has released the first color image of the universe formed after the Big Bang 13 billion years ago. US President Joe Biden released this photo during a White House briefing. This picture is filled with thousands of galaxies and some faint objects were seen in it, which are colored blue, orange, and white.

"The release of this first image marks the official start of Webb's science operations, which will continue to explore the mission's key science themes," NASA said of the image. The first photos from the world's largest and most powerful space telescope released one by one will show Webb in full force, ready to begin its mission to reveal the infrared universe, NASA said.

NASA on Friday revealed the first five cosmic goals of James Webb. These include the Carina Nebula, WASP-96b, the Southern Ring Nebula, the Stephen Quintet, and SMACS-0723. The targets were selected by an international committee, which included members of NASA, the European Space Agency, the Canadian Space Agency, and the Space Telescope Science Institute in Baltimore.

Releasing the picture, the US President said, "This is a historic day as the world's largest and most powerful telescope has made a new offering in the history of the universe. This is a historic moment for America and all of humanity."

NASA Administrator Bill Nelson also informed that some more such color photographs will also be released on July 12 (Tuesday). According to the administrator of NASA, these pictures are of high resolution.