Google Pixel Buds Pro: Google has launched Pixel Buds Pro, which will work on two devices simultaneously, and will get these cool features! 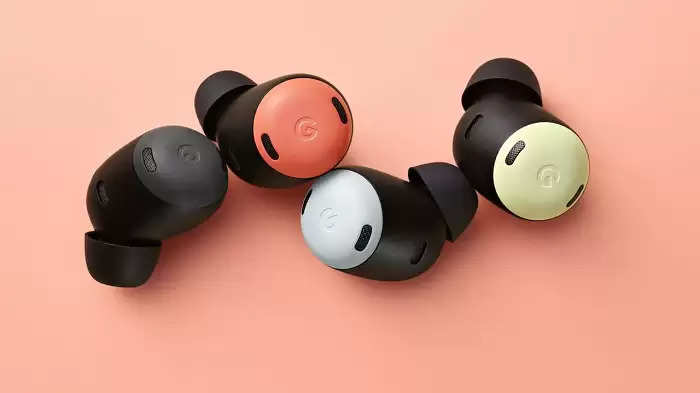 Google I/O 2022: Google has launched Pixel Buds Pro in its annual I/O event. The company has introduced the latest earbuds with many great features like noise cancellation and volume EQ. The full release of Pixel Buds Pro will be on July 28.

Will get noise cancellation feature

Users will get silent seal ear tips in the latest earbuds. These are designed to improve noise cancellation and prevent noise leaks. Google has also given its Volume EQ feature in it. When users adjust the volume of the earbuds, this feature will automatically adjust the bass, mids, and highs of the audio. When the audio of the earbuds is low, the bass will increase.

The company has also improved the battery backup of the earbuds. Google claims that the listening time of Pixel Buds Pro is 11 hours. At the same time, when Active Noise Canceling (ANC) is enabled, its listening time is 7 hours. The wireless charging case of the earbuds can store up to 20 hours of charging. On charging for five minutes, these earbuds can last up to 1 hour on ANC.

two devices will be connected

Google has given another great feature in Pixel Buds Pro. The company has added ‘Intelligent Audio Switching’ to the latest earbuds. This is a Bluetooth multipoint technology, which will connect Pixel Buds Pro to two different devices at the same time. In this way, users can pick up calls from their phones while listening to music on the laptop without switching the connection of the earbuds.

The company has made the Pro model of the earbuds water and sweat-resistant. That is, now users can use it even during workouts. At the same time, by being waterproof, users do not have to worry about rain. Apart from this, Google says that it will also introduce a special audio feature in the next update. Special audio is mostly used for video content.