Unmukt Chand, who won India's Under 19 World Cup, got married Former India player and Under-19 World Cup-winning captain Unmukt Chand tied the knot with nutritionist and fitness trainer Simran Khosla on Sunday, November 21. The 28-year-old shared pictures from their wedding on social media and captioned, "Today, we decided to be together forever! 21.11.21 #SimRANtoChand."

Unmukt Chand and Simran Khosla's wedding took place in a private ceremony and was attended by close friends and family members. A few days ago, Khosla shared a video on Instagram which said that she is marrying her love of life and taking their three-year relationship further.

Chand, who played for India at the Under-19 level and for Delhi in domestic cricket and a few franchises in the IPL, announced his retirement from Indian cricket in August this year, saying it was a difficult decision but important for him. India won the Under-19 World Cup in 2012 under the captaincy of Unmukt Chand. He had high hopes but he could not do much in the future. In IPL, Unmukt played for Delhi, Mumbai, and Rajasthan but he could not leave any mark. After the announcement of retirement, he shifted to America. He performed brilliantly in minor league cricket in America. 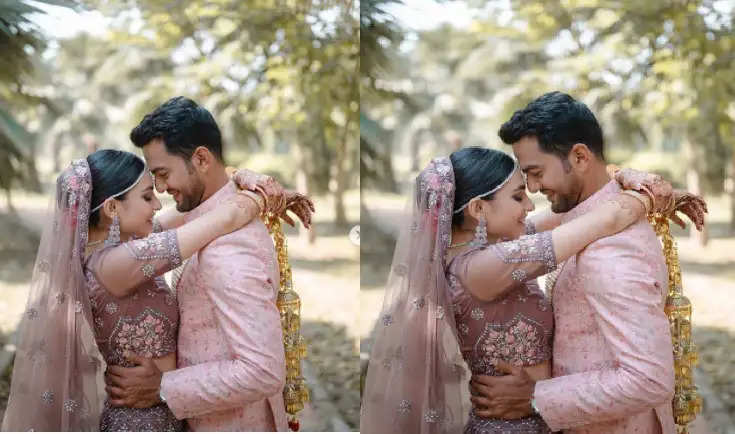 Big Bash League (BBBL) franchise team Melbourne Renegades has included Unmukt in their team. Unmukt has become the first Indian male cricketer to take part in BBL. The franchise gave this information through its Twitter account.