RCB vs KKR Match Preview: RCB would like to maintain the momentum of the first leg, KKR is looking for victory 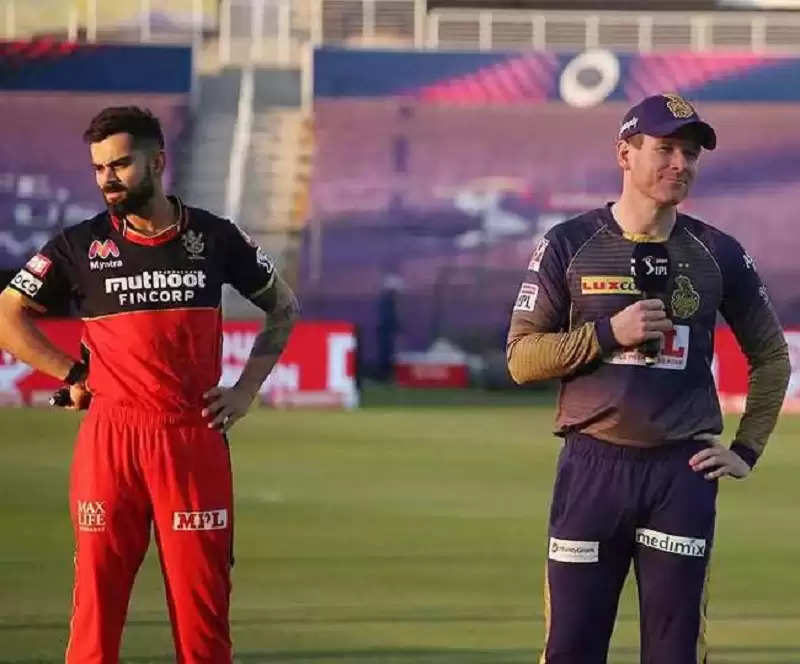 Royal Challengers Bangalore (RCB), which won five out of seven matches based on their all-around performance in the first leg of the Indian Premier League (IPL) this year, took on two-time champions Kolkata Knight Riders (KKR) at the ground here on Monday. If they land, they will try to maintain the same momentum, while KKR, who won only two matches out of seven in the first leg, will be looking to start afresh.


Eoin Morgan-led KKR is hoping to turn their fortunes like in 2014 when they won nine matches in a row to clinch the title. The team's mentor David Hussey is also hopeful that the team will be able to achieve good results. It won't be easy for KKR, however, as they will be up against a strong RCB, whose captain Virat Kohli will be desperate to play a big knock after announcing he will step down as captain of T20 Internationals after the World Cup next month.


KKR is heavily dependent on Shubman Gill and Nitish Rana in the batting line-up, but both of them did not perform as expected in the first leg. Gill scored only 132 runs, while Rana scored 201 runs in the seven matches of the first leg of IPL 2021, which were postponed due to cases of Kovid-19 found in the bio-bubble (safe environment created to protect against corona) in India. Were. Apart from this, Morgan also needs to perform well. Dinesh Karthik, Andre Russell, Rahul Tripathi, and Shakib-al-Hasan are also expected to give useful performances to the team. KKR's bowling will be dependent on New Zealand's Tim Southee, who replaces Pat Cummins in the second leg.


On the other hand, RCB is in a good position right now and Kohli can bat freely in such a situation. Glenn Maxwell and AB de Villiers had a stellar performance in the first leg. RCB's batting looks very strong, with Kohli and Devdutt Padikkal giving good starts in the top order. In the bowling, Muhammad Siraj and New Zealand's Kyle Jameson will lead the attack. There are useful bowlers like Harshal Patel, Navdeep Saini, and Yuzvendra Singh Chahal to support him. Chahal will be desperate to prove himself after not being picked in the Indian squad for the T20 World Cup. The addition of Sri Lanka's Wanindu Hasaranga and Dushmanta Chamira in place of Adam Zampa and Kane Richardson is also good for him, as both of them have experience of playing in the UAE.