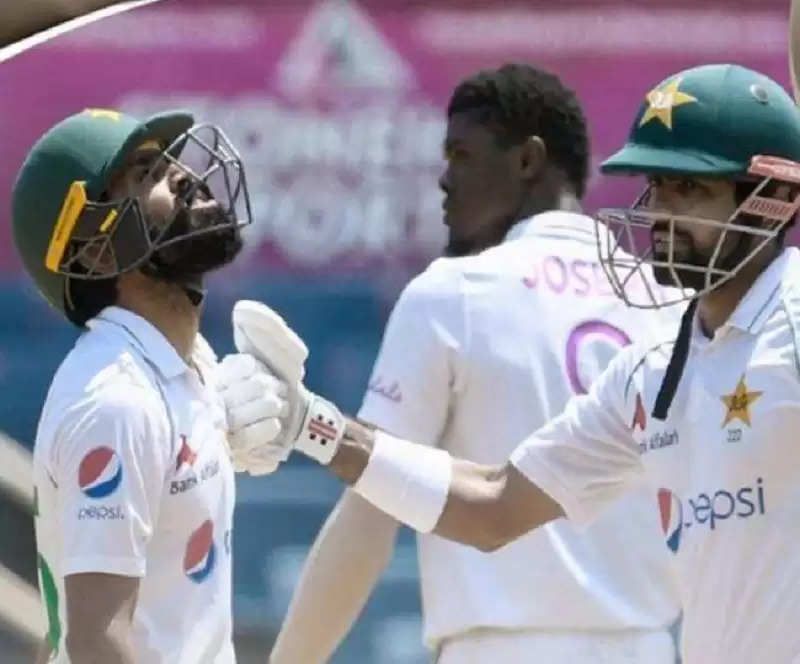 In the second match of the two-match Test series against West Indies, the Pakistan team's middle-order batsman Fawad Alam scored a century and with this, he has created history for the Pakistan team. Even though he got a chance to return to Test cricket after more than a decade, he has proved that the team did not do well by dropping him.


Fawad Alam has become the first batsman from Pakistan to score the fastest five centuries in Test cricket. Fawad achieved the feat on Sunday (local time) in the ongoing second Test against the West Indies. The left-handed batsman scored his fifth Test century in his 22nd innings. Before Fawad, former Pakistan captain Younis Khan had achieved this feat for the country.


35-year-old Fawad Alam has become the fastest batsman for Asia to score five centuries in Tests. In this case, he has left behind Cheteshwar Pujara, Sourav Ganguly, and Sunil Gavaskar. Pujara had scored five centuries in 24 innings and Ganguly and Gavaskar in 25 each. Fawad Alam made his Test debut in 2009, but after that he was dropped and then in August 2020 he got a chance again in the team and after that, he has scored four centuries and at that time he is scoring a century. When the team gets a bad start.