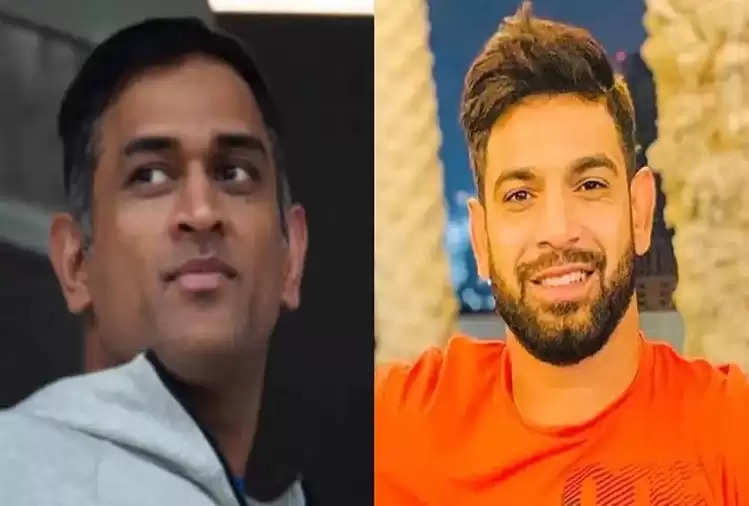 Pakistan cricketer Haris Rauf is a big fan of MS Dhoni, the former Indian captain and the current captain of Chennai Super Kings. Haris met his idol after the T20 World Cup match between India and Pakistan.

Three months after the T20 match, which Pakistan won by 10 wickets, MS Dhoni has sent a gift for Rauf. This gift is very special as it is the jersey of last year's CSK captain.

Sharing the pictures on his social media, Rauf wrote: "Legend and Captain Cool MS Dhoni has honored me with this beautiful gift from his shirt." Number 7 "Still winning hearts with his gestures."

The legend & capt cool @msdhoni has honored me with this beautiful gift his shirt. The "7" still winning hearts through his kind & goodwill gestures. @russcsk specially Thank you so much for kind support. pic.twitter.com/XYpSNKj2Ia

This is not the first time that an Indian has gifted something to a Pakistani cricketer. A few years back, after Mohammad Amir came back from a five-year ban, Virat Kohli gifted him a bat ahead of the IND vs PAK encounter in the Asia Cup.

Also, when Shahid Afridi retired, the Indian cricket team sent a signed jersey to the former Pakistan captain as a sign of respect.

Rauf looks happy today after getting Dhoni's signed shirt. He is one of the fastest bowlers in world cricket today and has played a big role in some of Pakistan's big wins in T20Is recently.