IPL 2021: In response to the target of 173 runs given by Delhi Capitals, Chennai Super Kings (CSK) achieved the target of 2 balls already. On the last 3 balls, MS Dhoni's team needed 4 runs to win and Dhoni hit a four.

New Delhi. MS Dhoni is not just a cricketer, he is an emotion. An example of this was seen in the first qualifier match of IPL 2021 (ipl 2021) played between Chennai Super Kings and Delhi Capitals (CSKvs dc). Delhi had given a target of 173 runs to Chennai. Chennai needed 4 runs off the last 3 balls. Everyone's heartbeat had increased.

MS Dhoni was on strike. He did what he had been doing. Hit the winning four on the next ball. As soon as Dhoni hit the winning four. Tears of happiness came out of the eyes of a young fan present in the stadium. The video of this little fan of Dhoni is becoming increasingly viral.

Being a fan of MSD is an imotion! ♥#Dhoni @msdhoni pic.twitter.com/EZyYjLjRwS

After the match, some photos with this video are also going viral. Dhoni gifted his signed ball to this fan after the match. After reaching the final of CSK, Dhoni thanked the fans and support staff. Dhoni said that last time we did not qualify, it was very difficult. Everyone was very emotional. 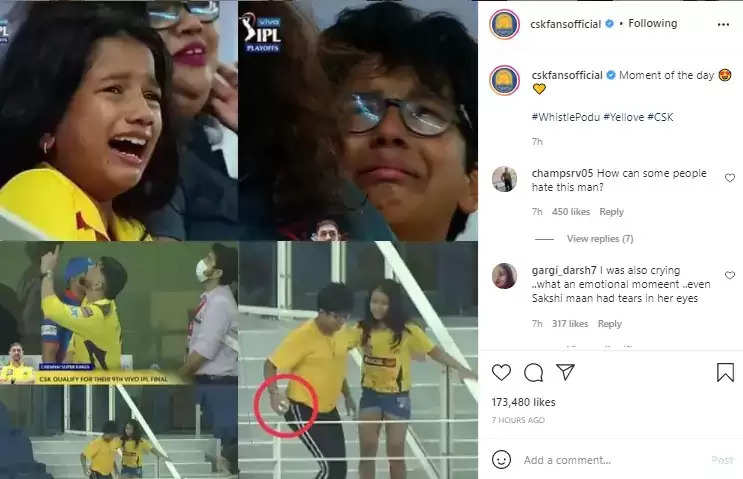 Talking about the match, Chennai has already achieved the target 2 balls at the loss of 6 wickets. Rituraj Gaikwad scored 70 runs in 50 balls and Robin Uthappa scored 63 runs in 44 balls. Dhoni scored an unbeaten 18 runs in 6 balls. He made CSK win by hitting 3 fours and a six in his innings.