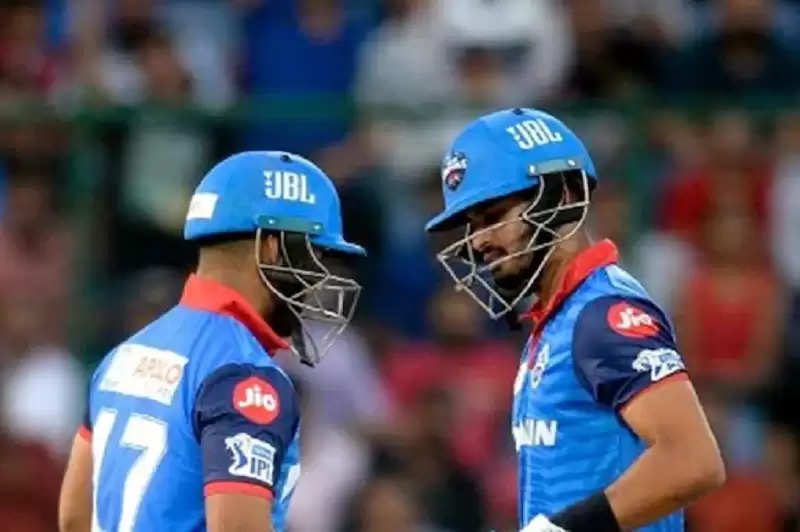 SRH beat RR: Sunrisers Hyderabad defeated Rajasthan Royals by 7 wickets in the 40th match of IPL 2021. After the defeat of Rajasthan, the points table has become very exciting and four teams have 8 points from 10 matches.


New Delhi. The thrill of the Indian Premier League (IPL 2021) continues. Chennai Super Kings and Delhi Capitals have almost entered the playoffs but the other 6 teams are still in a tight match. In the 40th match of IPL 2021, Sunrisers Hyderabad defeated Rajasthan Royals (SRH beat RR) by 7 wickets and after this match, the points table became more exciting. Rajasthan had a chance to reach the top 4 in the points table by winning but this team lost to Sunrisers and now four teams have equal 8 points in 10 matches.


Chennai Super Kings is at the top of the points table, which has achieved 16 points in 10 matches with 8 wins and 2 losses. Delhi Capitals have also registered 8 wins in 10 matches but their net run rate is less than Dhoni Army. Bangalore team is at number three with 6 wins in 10 matches. But the teams from number 4 to 7 have the same 8-8 points and that is why the race for the playoffs has become very exciting.

The thrill of IPL 2021 Points Table 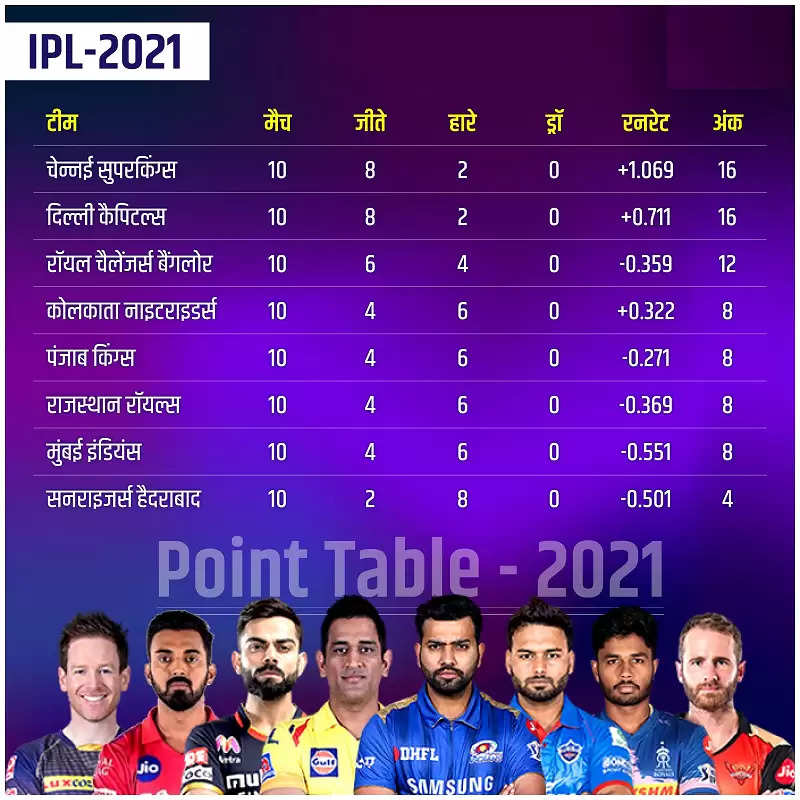 After the defeat of Rajasthan, now Kolkata Knight Riders, Punjab Kings, and Mumbai Indians have 8-8 points in 10 matches. However, due to a better net run rate, Kolkata is at number 4. Punjab Kings is in fifth place and Rajasthan Royals in sixth place. Mumbai is at number 7 and Sunrisers Hyderabad is at number 8. Let us tell you that Sunrisers Hyderabad has only 4 points in 10 matches, but if they still win all their remaining matches, then they also have a chance to reach the playoffs. It is clear that as the matches happen, the points table of IPL 2021 will become more exciting.

Earlier, Jason Roy and captain Kane Williamson starred in Sunrisers Hyderabad's victory in the 40th match of IPL 2021. Both the batsmen decided the defeat of Rajasthan by scoring superb half-centuries. Jason Roy played an important inning of 60 runs while debuting for Hyderabad. Williamson scored an unbeaten 51. Captain Sanju Samson scored 82 runs for Rajasthan but his innings were spoiled by the bowlers.