IPL 2021 Point Table: The competition for fourth place in the IPL 2021 point table has become interesting. Kolkata Knight Riders (KKR) have a strong position in fourth place, but Mumbai Indians (MI) have not lost their hopes yet.

New Delhi. In the 53rd match of IPL 2021, Chennai Super Kings (CSK) lost to Punjab Kings (PBKS) and Rajasthan Royals (RR) lost to Kolkata Knight Riders (KKR). With this, the Delhi team has become the topper of the points table. While Chennai finished second with 18 points from 14 matches. The third place is occupied by Royal Challengers Bangalore. All three teams have already made it to the playoffs.

The match has become exciting for the fourth place. At the moment, KKR has consolidated their position in fourth place with a big 86-run win over Rajasthan, but the sixth-placed Mumbai Indians still have a chance to reach the fourth position. 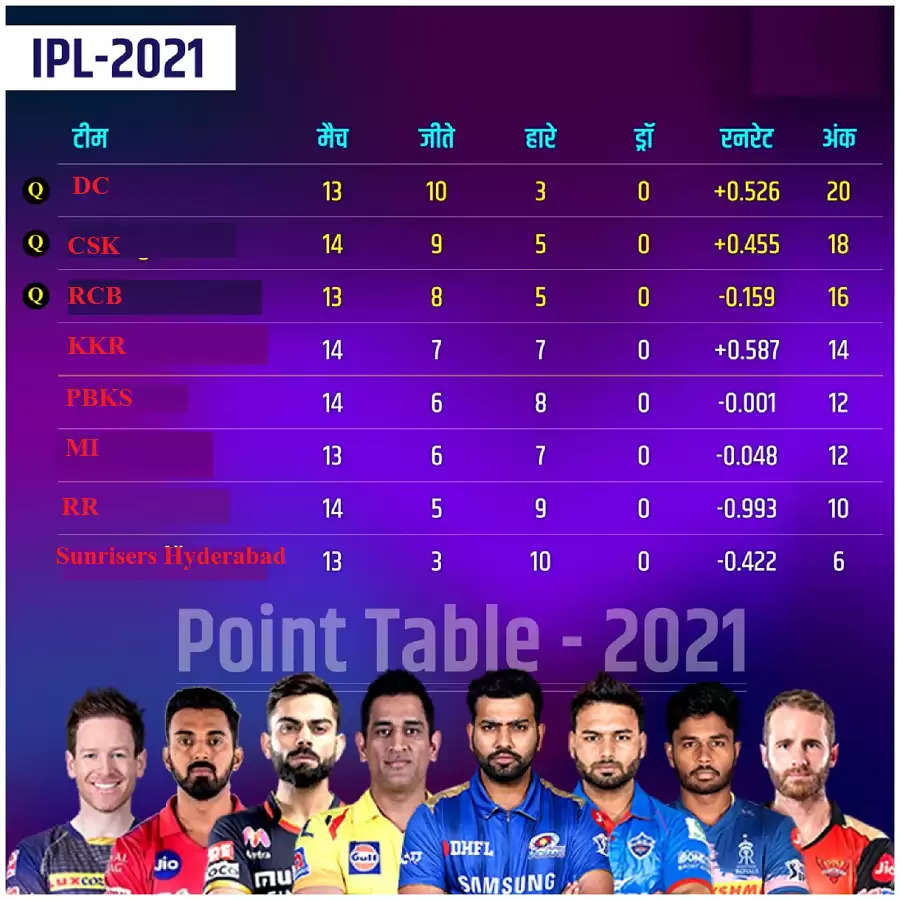 Point table topper Delhi Capitals performed brilliantly for the second consecutive season. Delhi won 10 out of 13 matches. On Friday, they will face RCB, which has so far won 8 out of 13 matches. On the other hand, if we talk about KKR at the fourth position, it won 7 out of 14 and lost 7 in it.