IPL 2021: After Punjab's victory, 3 teams have equal points, know what is the status of the Points Table now At present, 3 teams have 10-10 points in the points table of the 14th season of IPL. KKR and Punjab have the same 10 points from 12 matches but Kolkata's net run rate is better. Record 5-time champions Mumbai Indians have 10 points from 11 matches.

New Delhi. Punjab Kings defeated Kolkata Knight Riders by 5 wickets in the 45th match of IPL-2021 played at Dubai International Cricket Stadium on Friday. Although this victory of Punjab did not affect Kolkata and it remained in the top-4, but the Punjab team reached one place in the points table. Now 3 teams have equal points. It will be interesting to see which team manages to win the playoff ticket.

Thanks to the brilliant half-century innings of captain KL Rahul, Punjab registered a victory over Kolkata. In this match, Kolkata scored 165 runs for 7 wickets, after which Punjab achieved the target by losing 5 wickets in 19.3 overs. In this way, Punjab registered its fifth win of the current season in 12 matches. At the same time, KKR had to face the 7th defeat in the same number of matches. Now 3 teams have 10-10 points in the points table. KKR and Punjab have the same 10 points from 12 matches but Kolkata's net run rate is better. Mumbai has 10 points from 11 matches. 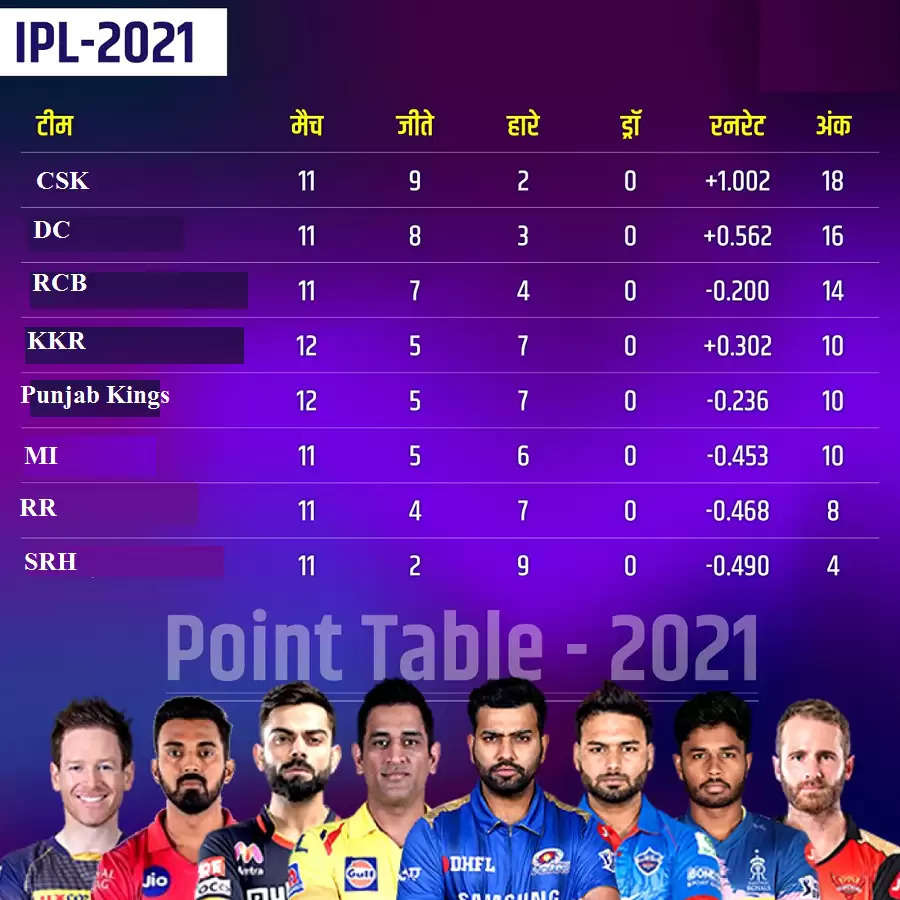 Punjab and Kolkata have won 5-5 matches out of 12.

Three-time champion team Chennai Super Kings has qualified for the playoffs. They currently have 18 points from 11 matches with 9 wins. At the same time, the defending finalist Delhi Capitals is at number two, which has 16 points after winning 8 out of 11 matches. Virat Kohli's captaincy team RCB is at number three with 14 points out of 11 after 7 wins and 4 losses.