IND vs NZ: Why Rishabh Pant's jersey was taped in T20I in Ranchi! Click here to know the reason ​​​Under the leadership of Rohit Sharma and under the guidance of Rahul Dravid, Team India won the T20I series against New Zealand at home. They first won in Jaipur and then defeated the Kiwis in Ranchi. 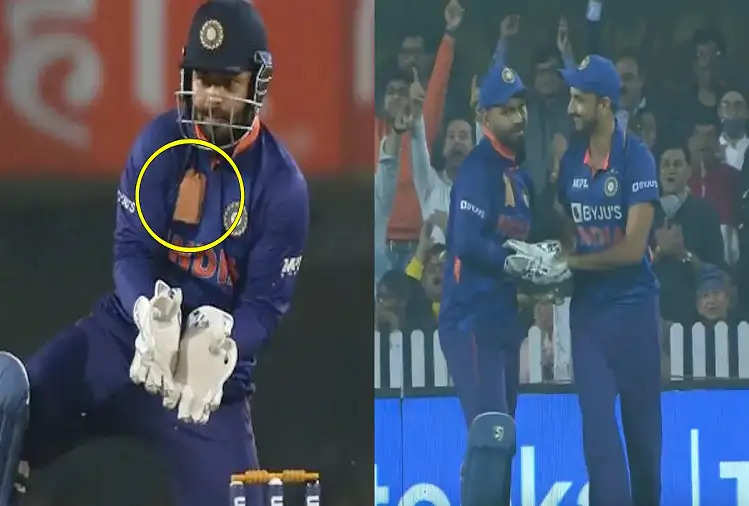 While the fans enjoyed the game, one thing that grabbed everyone's attention was the jersey of wicketkeeper-batsman Rishabh Pant. It looked like the right chest of the T-shirt was taped while playing at the JSCA Stadium in Ranchi.

While many wanted to know the reason for the tape, it is now learned that it was the jersey that India wore during the recently concluded ICC Men's T20 World Cup 2021.

Since that jersey has the T20 World Cup 2021 logo on it, they taped it with the ICC logo, which is not allowed to be used in bilateral series. While other Indian players were seen in the regular jersey, it was only Pant wearing a different jersey. 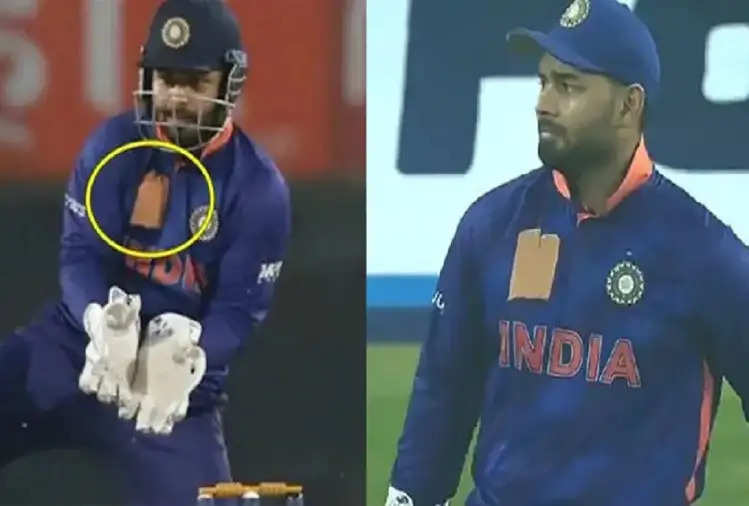 India's campaign in the World Cup ended in the Super 12 stage itself when they lost successive matches against Pakistan and the Blackcaps. Australia won the T20 World Cup by defeating New Zealand in the final.

For the second T20I clash, pacer Harshal Patel, who made his much-awaited debut in the recently concluded IPL 2021 season after winning the Purple Cap, won the man of the match award. With a 4-0-25-2 knock in his game, he is sure to cement his place in the playing XI.