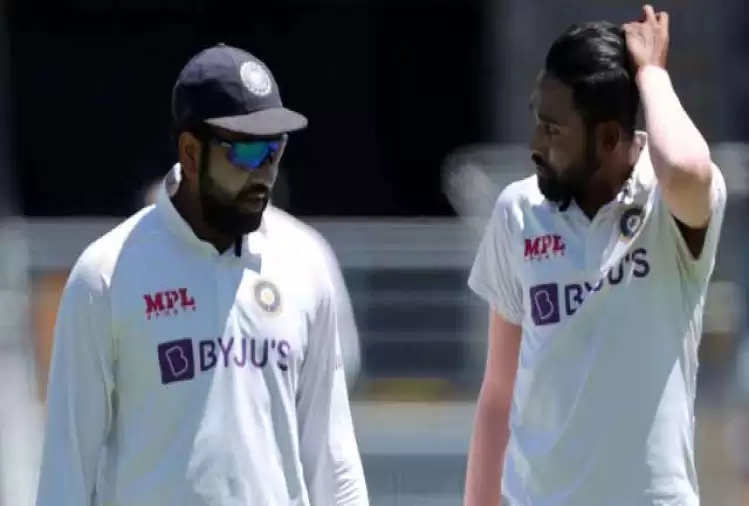 Suryakumar Yadav's scintillating half-century gave India a winning start to Rahul Dravid as head coach as India beat New Zealand by five wickets in the first three T20Is in Jaipur on Wednesday. Team India pacer Mohammad Siraj had a strange day on the field as he conceded 39 runs in his four overs and sent Rachin Ravindra back after taking his wicket.

Chasing 165, India won with two balls to spare, however, what caught the attention of netizens was a viral video on Twitter showing skipper Rohit Sharma slapping Siraj in the dugout.

The video shows Rohit sitting behind Siraj in the dugout when he gives her a slap after which Siraj starts laughing.

Several users on social media compared the incident to the infamous incident where Harbhajan Singh slapped S Sreesanth in the first edition of IPL in 2008. However, the incident was far more serious and Harbhajan had to pay a fine and face suspension.

For tomorrow's match, New Zealand, who lost to Australia in the final of the T20 World Cup on Sunday, came back with three quick wickets but Rishabh Pant (17 not out) mustered up his courage to take India to the target.