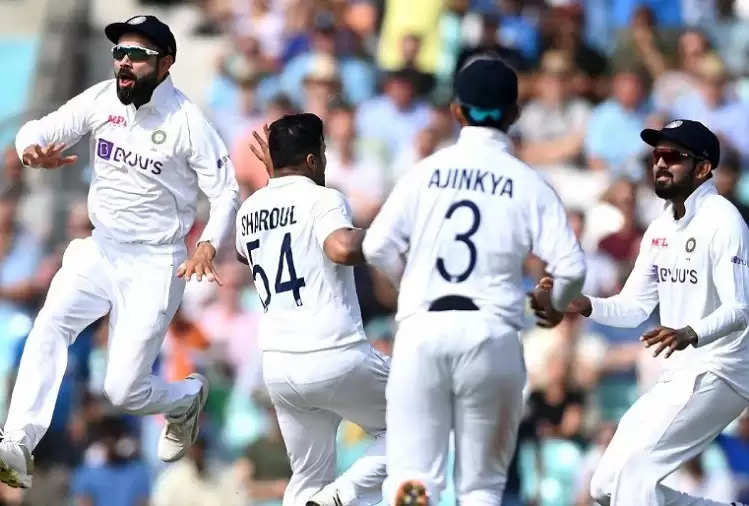 The bouncing ball of the Indian team's fast bowler Umesh Yadav was hit by James Anderson's bat and the ball got caught in the gloves of Rishabh Pant. With the umpire raising his finger, the celebration of the Indian players on the field started. You can see this in this video. Let us tell you that what did not happen in the last 50 years on the Oval field was done by the knights of Virat Kohli.


For your information, let us tell you that while chasing the target of 368 runs from India, the English batsmen succumbed to just 210 runs in front of Team India's bowling attack. This victory is also special because now the Indian team has taken an unassailable 2-1 lead in the 5-match Test series, that is, the fear of losing the series to Team India is over.

Let us tell you that this moment and winning moment was very special for Team India because after what the England camp had done in Leeds, hardly anyone would have thought that Virat Kohli's genius would make such a comeback.