Indian football team captain and veteran player Sunil Chhetri has said a big thing about his retirement. He said that his career is going to end soon. However, Chhetri later clarified that he is not going anywhere for the next few years and will continue to wear Team India's blue jersey. He may retire after a few years. 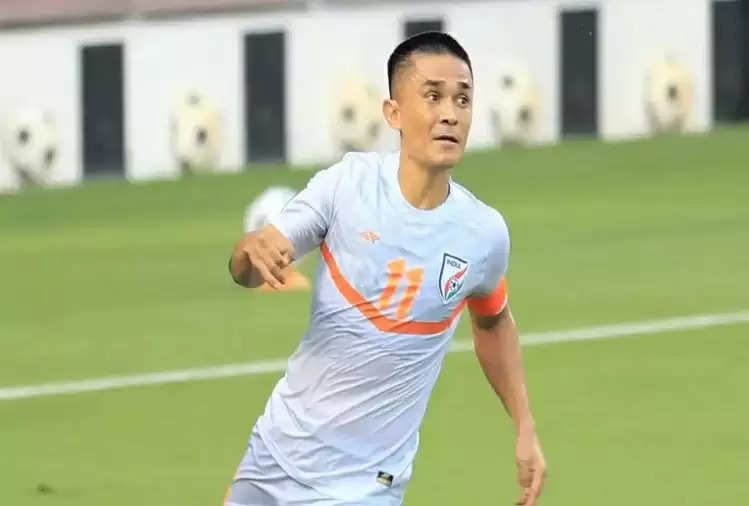 Sunil Chhetri is in tremendous form in the SAIF Championship being played in Male. He scored two goals in the match against the Maldives to take Team India to the final. With this, his goal count has gone up to 79. Recently he broke the record of the great Brazilian footballer Pele's international goals (77). Among the current players, now only Portugal's Cristiano Ronaldo (115) and Lionel Messi (80) are ahead of Chhetri.

In response to a question about his retirement, Chhetri said- My career is going to end soon and I am enjoying every moment of it. When asked how he dealt with the ups and downs. In response, Chhetri said- It is very easy. I think that now I have very little time left, very few matches left. I have to go quietly and come back giving my best. 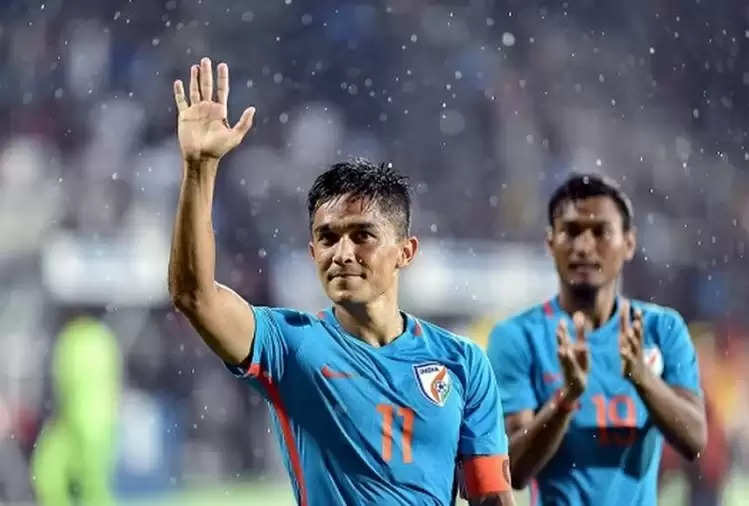 Chhetri said- I tell myself to stop shedding tears, stop over-celebrating, stop being disheartened because it will all end soon. However, Sunil Chhetri is not going anywhere in the next few years. So be rest assured. I keep myself away from outside things. If someone abuses me or praises me, I forget everything. I just try to give my best by getting on the field. I am happy that I am playing and scoring goals for my country. This is what is most important to me.

Chhetri made his international debut in 2005 against Pakistan in Quetta. He has played 124 international matches so far in his career spanning 16 years. This charismatic player is just behind Ronaldo and Messi in terms of scoring goals among active footballers. He will equal Messi's record as soon as he scores a goal in the final.