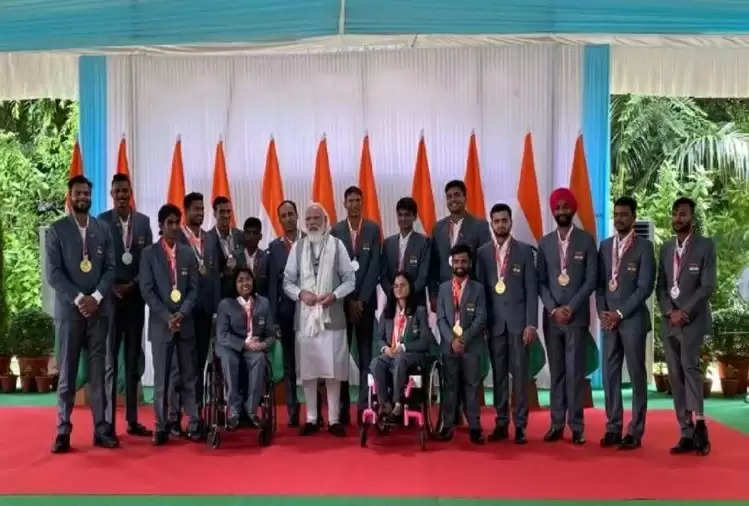 On the lines of Olympic medalists, Paralympic medalists also gifted their sports equipment to Prime Minister Narendra Modi. The opportunity was to invite the Indian contingent to the Paralympics on behalf of the PM at his residence. The PM said that you are the ambassador of the country, you have raised the honor of the country in the whole world. He said that with your penance, effort, and valor, you changed the thinking of people towards para-athletes. The PM wholeheartedly praised the strong willpower of the players. Para players also thanked them for their guidance before leaving for Tokyo. Devendra Jhajharia unfurled the PM shawl bearing the signatures of the medal winners. 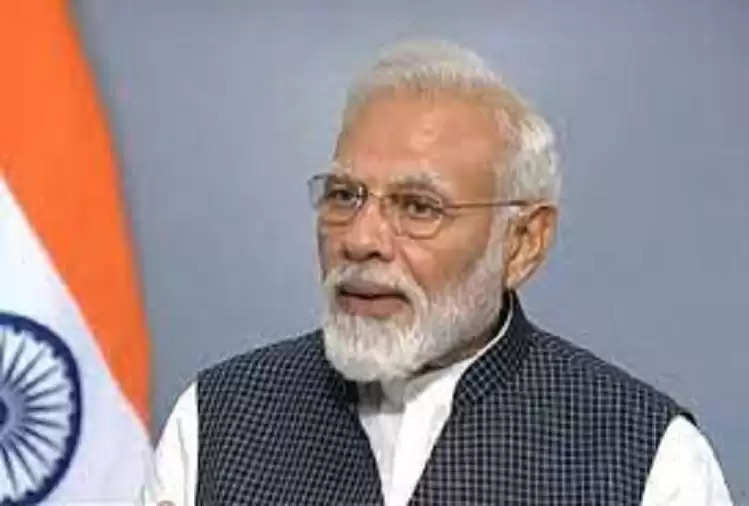 
The PM earlier spoke separately to all the medal winners. After this, he went to the table of the players sitting in the group and asked them about them. The PM spent more than two and a half hours with the players. Pramod Bhagat and Krishna Nagar presented their gold medal-winning rackets, Sumit Antil javelin, Avni Lekhara signed their official team T-shirts and Manish Narwal presented the lens used for the target to the PM. On this, the PM said that this lens is exactly like Gandhi's glasses. Bhavana Patel, who won silver in table tennis, gave a T-shirt written in Gujarati, and archer Harvinder Singh gave the arrow to the PM. The PM asked forbidding all these for social service. 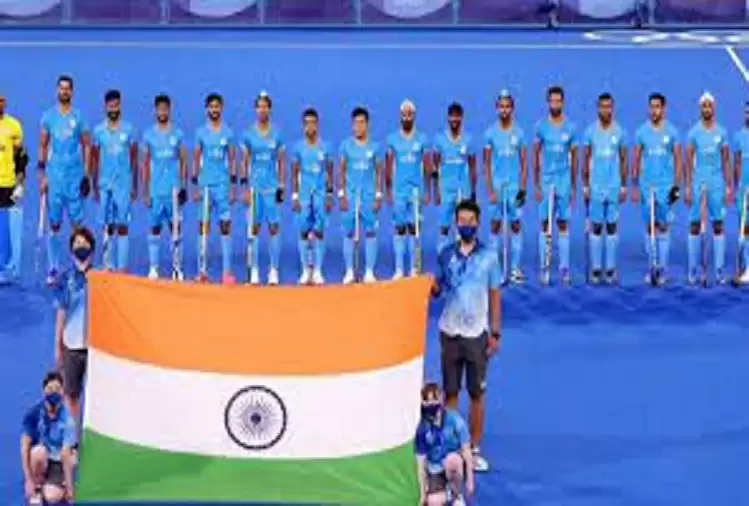 Inspire people to choose areas other than sports

The PM said that his success will inspire people. Along with this, the players were asked to work in such areas by choosing some areas beyond sports so that they can inspire people and become a tool to bring about a big change. The PM said that with his amazing performance, the awareness about sports across the country has increased manifold. Some said that there are few things to study for the training of para players. On this, the PM said that by holding a seminar of scholars, he will get the things related to him penned.

Told the story of PM's phone to other players

Most of the players told the Prime Minister that they were surprised when he shared videos and stories of their conversations with players from other countries. He could not believe that the PM himself had congratulated the players on the phone on winning the medal. During this, Sports Minister Anurag Thakur and former Sports Minister Kiren Rijiju were also present.