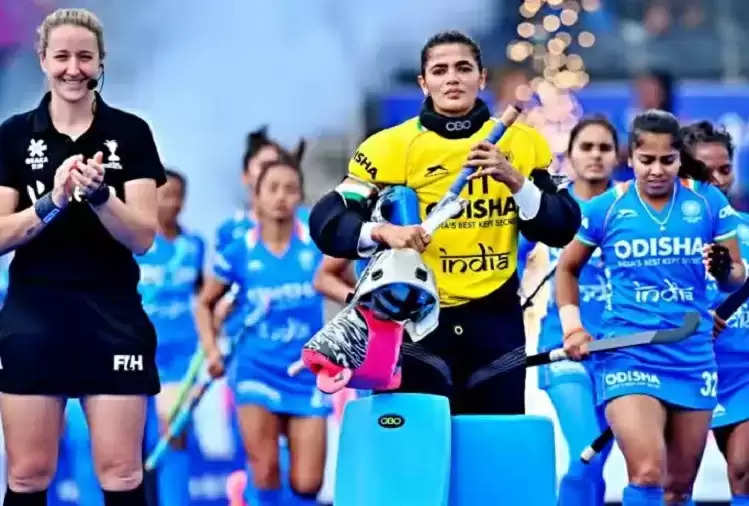 The Indian team has finally got its first victory in the FIH Women's World Cup Hockey Championship.

In the World Cup match being played in Terasa (Spain) on Tuesday, the Indian team defeated Canada 3-2 in a shootout. India's Canada score was tied at 1-1 till match time.

With the win against Canada, the Indian team made it to the 9-12th place in the tournament. In the match, Madeline Seco scored in the 11th minute to give Canada an early lead.

After this, the goal was scored by the India team in the 58th minute. A goal scored by Salima Tete brought India to a 1-1 draw.

Captain Savita as well as Navneet Kaur, Sonika, and Neha played an important role in India's victory. India's Navneet Kaur was the player of the match. However, despite this victory, the Indian team is out of the medal race. Now the Indian team, captained by Savita, will take on Japan in the 9th-12th place match on July 13.