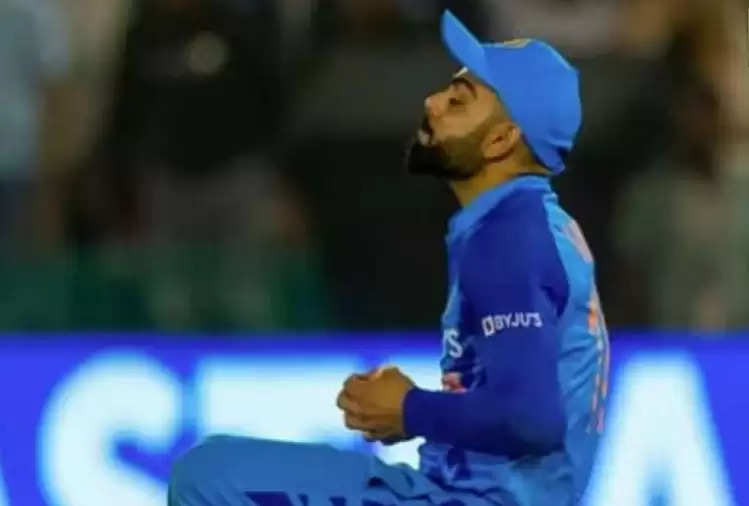 Australia thrashed India by four wickets in the first T20I to take a 1-0 lead in the three-match series at the Punjab Cricket Association IS Bindra Stadium here on Tuesday.

Brilliant fifties from Hardik Pandya and KL Rahul and crucial innings from Suryakumar Yadav took India to 208/6 in 20 overs. Though India lost the wickets of Rohit and Kohli within the first six overs, Hardik (71 not out on 30), KL Rahul (55 off 35), and Suryakumar (46 off 25) put in great performances.

For Australia, medium pacer Nathan Ellis was the 3/30 bowler's choice.

Chasing a big target, opener Cameron Green played a sensational inning (61) and gave Australia a quick start. However, India came back with four wickets between the 11th and 15th overs.

The Indian team missed out on a few easy catches but in the end, it was Virat Kohli who took a brilliant catch to dismiss Cameron Green. Watch the catch of Virat Kohli below.

After all, Australia needed 40 more runs in the last 18 balls and Matthew Wade (45 not out on 21) played an aggressive inning. He remained unbeaten in 19.2 overs with four wickets to take Australia on the winning line.

Axar Patel was the most successful bowler for India with 3/17 while the others were mediocre.