Virat Kohli is seen holding a mysterious blue-colored phone in his hand, click to know which phone it is 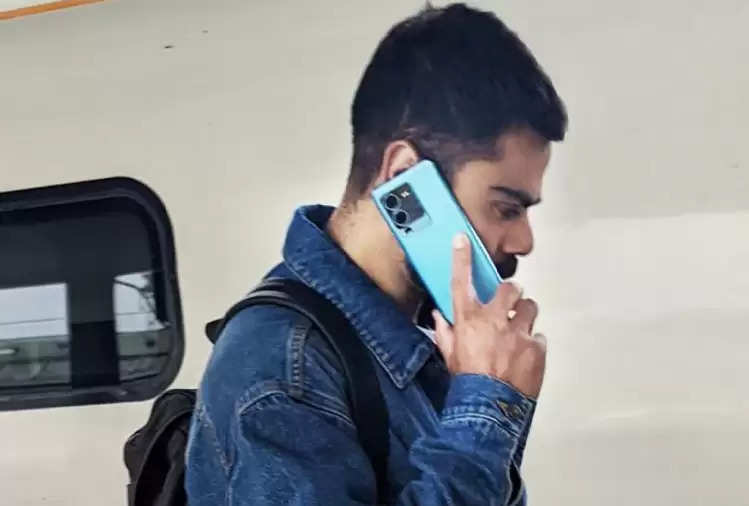 Former Indian cricket team captain Virat Kohli is one of the most popular athletes on Instagram with over 209 million followers. The ace cricketer has fans across the globe and each of his Instagram posts goes viral across social media platforms. He is currently on vacation in Europe with his wife Anushka Sharma, Virat Kohli recently shared his photo on Instagram which left his followers confused.

In an Instagram post titled, 'My favorite shade of blue', Virat Kohli can be seen holding a mysterious light blue colored smartphone in his hand.

According to tipster Yogesh Brar, the smartphone seen in Virat Kohli's viral Instagram post belongs to the Vivo V25 series, which has not been launched yet. For those who are unaware, Virat Kohli is the brand ambassador of Vivo. Some fans even suspect that it may have been a marketing stunt. The Vivo V25 series is expected to launch in India on August 18. The new series is rumored to consist of three smartphones - Vivo V25, Vivo V23e, and Vivo V25 Pro.

Virat Kohli's handheld device resembles the Vivo S15 Pro that is currently sold in China and this supports speculation that the Vivo V25 series in India will be rebranded as the Vivo S15 series from China. As of now, the company has not revealed any official information about the smartphone, but if the rumors are true, then we will be able to see the smartphone in India in the coming months.