Video: After the victory of the ODI series, Team India celebrated with the slogan 'We are champion', BCCI shared the video 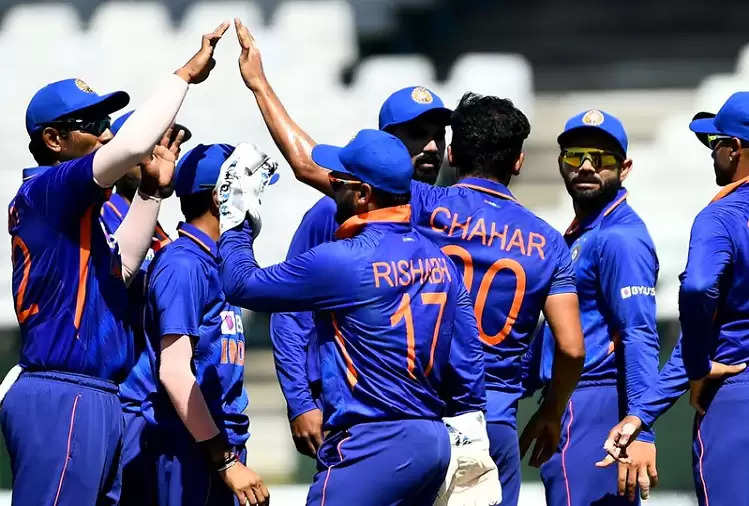 Team India beat West Indies by 119 runs to clean sweep 3-0 on Wednesday courtesy of the DLS method. Under the leadership of Shikhar Dhawan, the Men in Blue put on another scintillating performance to maintain their impressive run in white-ball cricket. Meanwhile, BCCI shared a video of Team India players celebrating the series win inside their dressing room.

The video shows all the Indian players and support staff sitting inside the dressing room as head coach Rahul Dravid praised the youth team for their performance. He said how the team included some players who did not play in the tour of England, yet they all deserved praise for their efforts.

Senior players like Rohit Sharma, Jasprit Bumrah, Rishabh Pant, and Virat Kohli were rested for the ODI series against West Indies but many of them, barring Kohli and Bumrah, will return for the five-match T20I series.

Dhawan, who led the youth brigade in Rohit's absence, again appreciated all the players and thanked the support staff. At the end of the video, he requested all the players to form a huddle and they all started celebrating by shouting 'We are champions'.

From The #TeamIndia Dressing Room!

P.S. Watch out for the end - expect something fun when Shikhar D is around 😉😁 pic.twitter.com/x2j2Qm4XxZ

After winning the ODI series, the focus now shifts to the T20I stage, which begins on July 29. Others like Rohit Sharma, Dinesh Karthik, and Rishabh Pant arrived in Trinidad earlier this week and have started preparations for the T20I series.