That one-day match, in which only one team scored a score of more than 400, See List 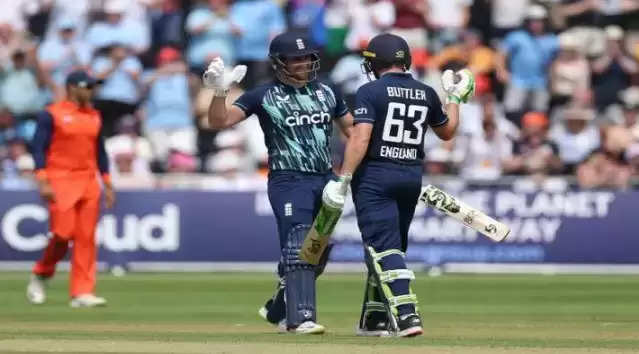 England's team comes first on this list. England broke all the records in the recently played ODI match against the Netherlands and scored a huge score of 498 runs and defeated the Netherlands by 232 runs.

England's team also comes second on this list. England had scored 481 runs in an ODI against Australia in 2018.

The Sri Lankan team comes at number four on this list. Sri Lanka did this wonder in the match against the Netherlands. In that match, Sri Lanka's team surprised everyone by making a huge score of 443 runs.

The South African team has also done this wonder once and comes at number five on this list. In the match against West Indies, South Africa had set a huge target of 439 runs.