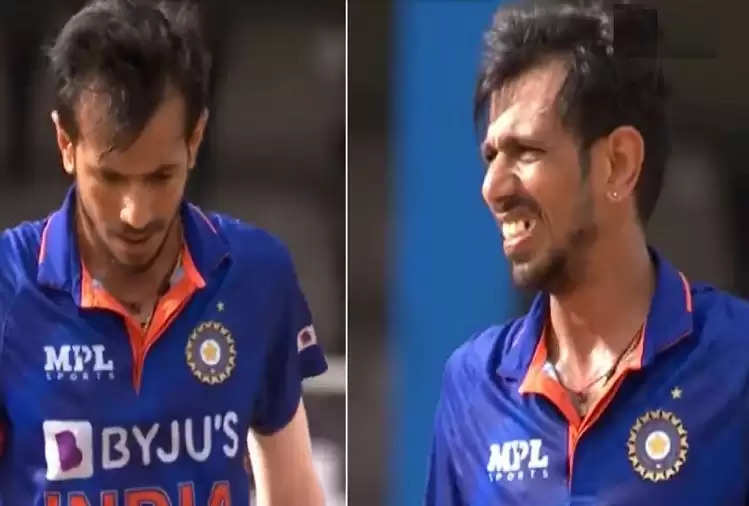 Yuzvendra Chahal once again showed his mettle for Team India as his flamboyant spell of 4/17 led the Men in Blue to a 119-win over West Indies. Shikhar Dhawan-led Indian team made a 3-0 clean sweep on Wednesday.

Meanwhile, Chahal was seen struggling after taking the wicket of Shai Hope as his teammates looked worried in replays as they celebrated the dismissal.

After missing out on last year's T20I World Cup, Chahal's injury could come as a blow to the Indian team as already Ravindra Jadeja and KL Rahul are recovering from their respective medical issues.

In the lead-up to the upcoming ICC T20I World Cup, Chahal has been consistently picking up wickets, and he could prove to be very important for Team India going forward.

OUT! @shaidhope is stumped to @yuzi_chahal as he tries to go for another big one. Big blow for WI.

Meanwhile, Shubman Gill was impressed once again with his unbeaten knock of 98 not out while Shreyas Iyer and skipper Shikhar Dhawan also contributed to take India to a total of 225/3 in 36 overs.

Due to several rain delays, the revised DLS target of 257 from 35 overs was a difficult one for West Indies, and Mohammad Siraj's (2/14 in 3 overs) set the tone in the first over as an almost perfect host. done. Ultimately West Indies could only manage 137 runs in 26 overs.