Shahid Afridi slams PCB and says Shaheen Shah Afridi is spending his own money in London for rehab! 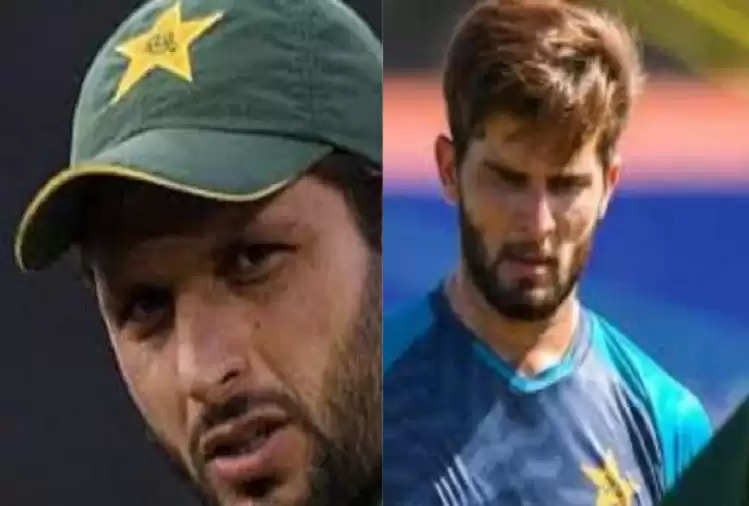 Pakistan pacer Shaheen Shah Afridi, who is a key player in the squad for the T20 World Cup 2022 to be held in Australia in the months of October and November, is undergoing a rehab program in London. He suffered a knee injury in a Test match against Sri Lanka in late July and has since missed the Asia Cup 2022 and will miss the upcoming T20I vs England. The Pakistan Cricket Board has already been criticized for delaying going to London to get him fit as soon as possible. Despite the injury, Shannon continued to travel with the team as the PCB wanted him to be under the supervision of the team's medical staff.

He traveled to the Netherlands for 3 ODIs and then to the UAE for the Asia Cup as the PCB hoped that he would recover in time. but that did not happen. Rather then the PCB announced that he would be out for 4 to 6 weeks and would travel to London for a rehab program. Shaheen has been named to the T20 World Cup 2022 squad after she posted a video of a gym session in London and wrote that she is nearing near-perfect fitness.

😯 Shahid Afridi — "Shaheen Shah Afridi has gone to England on his own expenses. He is doing his rehab and coordinating with the doctors on his own. PCB is doing nothing." #T20WorldCup

The PCB came under fire again when Shahid Afridi, former Pakistan captain, and Shaheen's father-in-law, said the pacer is taking care of himself in London. Afridi said that he had also arranged for a doctor in London.

Afridi was told ESPNcricinfo "He has gone to the UK on his ticket, he is staying there on his own money, I arranged a doctor for him there, he contacted him there, PCB is not doing anything in all this. Where As far as I know he is doing everything himself regarding staying there and coordinating with the doctors."

Following Afridi's comments, the PCB issued a statement in which they said that they have contacted Shaheen and will bear all his expenses in his rehab program.