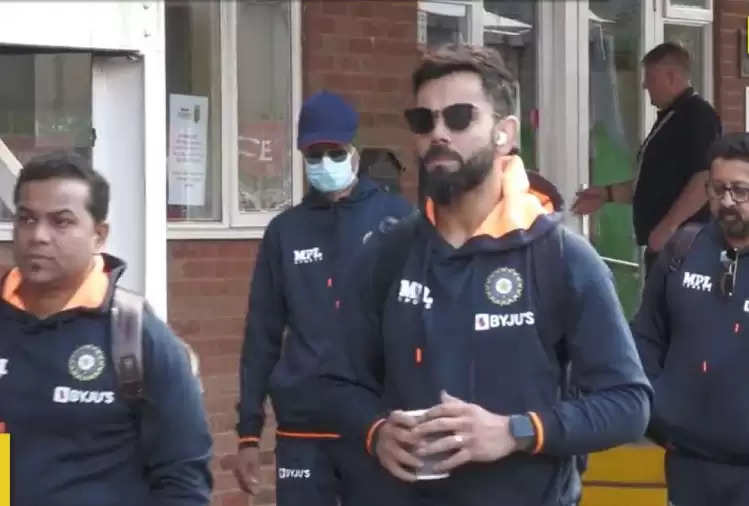 The Indian team, which landed in England for the rescheduled fifth Test from last year, has already started its practice session in Leicester. Virat Kohli arrived in England with the first batch of Team India, while Rohit Sharma reached the UK a day later due to some prior commitments.

It's a pleasure to have you at Uptonsteel County Ground this week. 🤝

Leicestershire County Cricket Club had also posted a video of Team India members making their way to the stadium for a practice session. He captioned it, "Welcome @BCCI, welcome to Uptonsteel County Ground this week."

When the entire team was seen entering the field, the cameraman was seen waiting for former Indian captain Virat Kohli, who made a solo entry after the rest of the team.

While many praised the batsman's swag, fans of the current captain were unhappy with the amount of attention Kohli was still receiving. Some even pointed to the Leicestershire cameraman's obsession with Kohli and urged the English county to focus on Rohit Sharma.

Talking about the clash, the rescheduled Test match will start on July 1, after which India will play three ODIs and as many T20Is in England.

The two-Test teams will play under the new captains as the England side saw Joe Root captain with Ben Stokes.