Pak vs Afg: Pakistan fans beat up Afghanistan fans, threw chairs and bottles at each other; Video 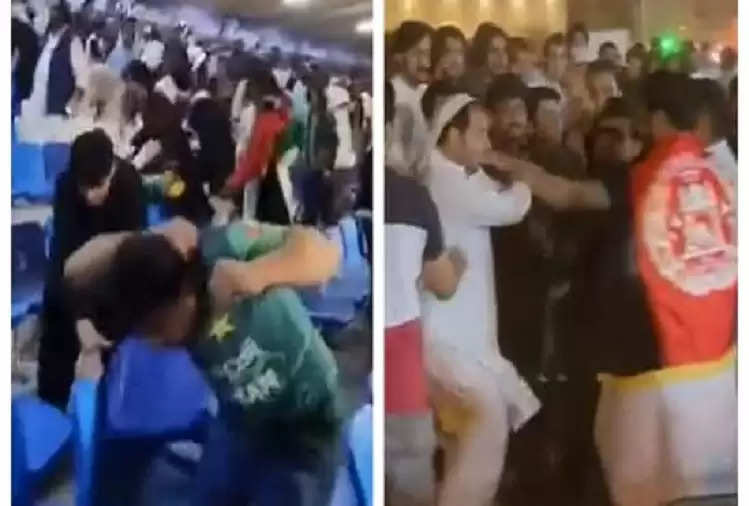 You will be surprised to know what happened in the last over of the game between Pakistan and Afghanistan at the Sharjah Stadium on Wednesday. A fight broke out between the fans of both teams and then things only got worse as the fans of both teams threw chairs and bottles at each other. Even the security could not control the fight as things got out of hand. It is not known whether any fans were injured in this horrific incident.

This is what Afghan fans are doing.
This is what they've done in the past multiple times.This is a game and its supposed to be played and taken in the right spirit.@ShafiqStanikzai your crowd & your players both need to learn a few things if you guys want to grow in the sport. pic.twitter.com/rg57D0c7t8

Afghan fans reportedly started damaging the cricket stadium. Afghan fans could not control their emotions and expressed their anger by hitting Pakistani fans in the stadium. Soon after the video of the clash went viral on social media, people split into two sides.

Hamza Azhar Salam, a Pakistani journalist, questioned whether Sharjah Police would identify the Afghan fans who beat up Pakistani fans. Sharing a video of the clash, Salaam tweeted.

Afghanistan's performance on the field was excellent and the team almost brought Pakistan to their knees after taking nine wickets. Pakistan needed 11 runs in the last over and they had only one wicket in their hands.

However, Naseem Shah hit two hard hits to defeat Afghanistan as well as end his campaign in the ongoing Asia Cup.