On This Day: Cricket’s ‘brightest’ moment, which illuminated the whole world, 29 years ago this amazing happened with a pinch 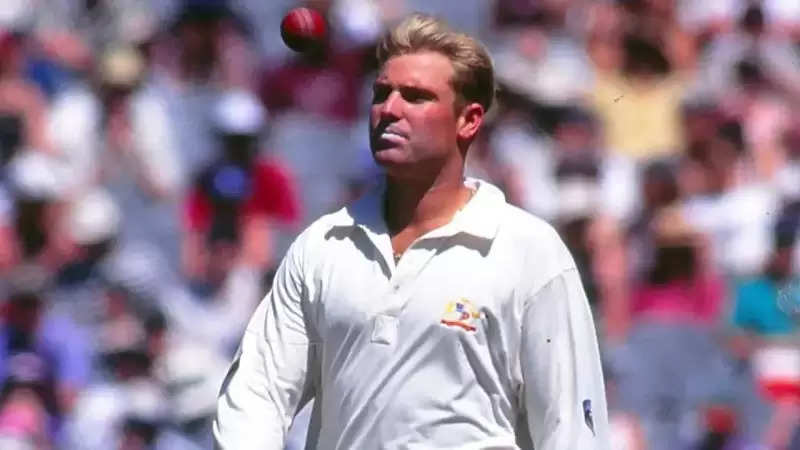 Shane Warne created panic in the Ashes with his very first ball.

On 4 June 1993, a superstar was born in the Ashes series, who ruled the series for the next 14 years and played an important role in establishing the dominance of Australia.

In the more than 140-year-long history of Test cricket, there have been many such moments, which have made history. Those who remain in the hearts and minds of the fans due to special reasons. One such moment came exactly 29 years ago in the city of Manchester, England. The place was – Old Trafford Cricket Ground. The date was June 4, 1993. Something happened on this day, which was not only one of the most memorable events of cricket, but it changed an entire aspect of the game, a genre or to say that it gave a new identity. Also found a superstar who ruled cricket for the next several years. This incident was – the best ball of the century ie the Ball of the Century.

Obviously, these words remain in the mind and heart of every cricket lover – Ball of the Century. The superstar who executed this has now become a star. Shane Warne, who was making his mark 29 years ago as a young and slightly chubby new bowler, did not need any recognition after this day. Swinging his charismatic wrist and playing just a pinch when the ball came out of his hand, he changed cricket.

On 4 June 1993, the first Test match of the Ashes series was being played between England and Australia at Old Trafford. It was the second day of the match and England’s first innings had begun. Australia got the first wicket after a lot of effort. Then Mike Gatting came to the crease. At this time, Australian captain Allan Border fielded 24-year-old leg-spinner, Shane Warne. It was his first over in the historic Ashes. He had never bowled against England before.

PERHAPS MIKE GATTING WAS ALSO NOT VERY CAREFUL ABOUT WARNE AS HE USED TO PLAY AMAZINGLY AGAINST THE SPINNERS. BUT WHO CAN STOP THE ONE WHO HAS MIRACLES IN HIS WRISTS. WARNE THREW HIS VERY FIRST BALL TOWARDS THE LEG-STUMP, WHICH GATTING TRIED TO STOP FROM THE PAD, BUT THE BALL TURNED SUCH THAT GATTING’S OFF-STUMP FLEW STRAIGHT.

Getting in front of the stumps and wicketkeeper Ian Healy behind the stumps did not even know what happened. It was a miracle. This was the real start of a charismatic career. Everyone in the field was surprised. No one had ever seen a ball taking such spin. No leg-spin at all. Warne took 4 wickets in this innings and then took 4 wickets in the second innings as well and thus won the team by taking 8 wickets.

By the way, Shane Warne had done more than winning Australia with that one ball. Wisden called that ball the best ball of the century. This ball again made the art of leg spin popular among cricket fans and young budding spinners. After this, many youngsters adopted Warne’s seen-seeing leg-spin. Warne, in his long career, has hunted the batsmen in exactly the same fashion many times after this, but what happens for the first time is the most special and most memorable and hence it is the best ball of the century.