Not cricket, Dhoni again won the title in this game and became the champion for the third time 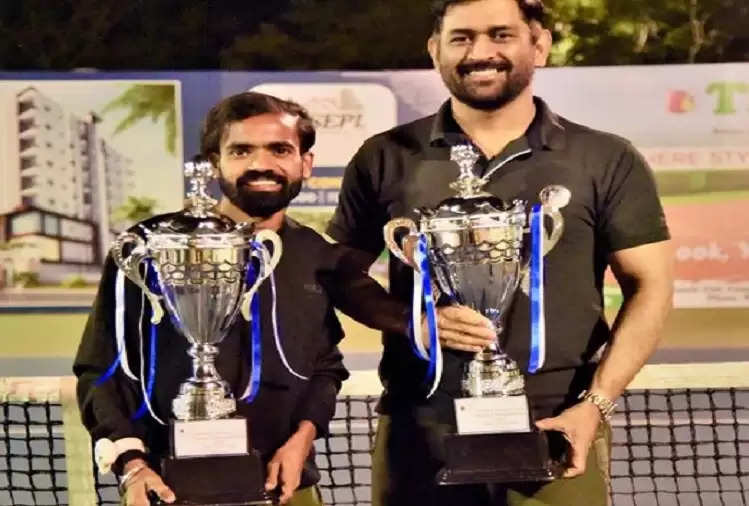 Mahendra Singh Dhoni, the former captain of the Indian team, is not only a good player in cricket but also in tennis. He has proved this again. Chennai Super Kings captain Dhoni has once again won the doubles title of the Jharkhand State Cricket Association Tennis Championship 2022.

He has captured this title along with Sumit Kumar Bajaj. Sumit has given this information by sharing a photo with Dhoni on his Twitter handle.

Former India star cricketer Dhoni has captured this title for the third time in a row. He had earlier won this title in 2018 and 2019 along with Sumit Kumar Bajaj.

This time the pair of Dhoni and Sumit defeated the pair of Khanaiya-Rohit in the title match. Dhoni is counted among the great captains of the world.