Net Worth: Know how much wealth is owned by Ravindra Jadeja, how he completed the journey from the son of a security guard to the world's number one all-rounder 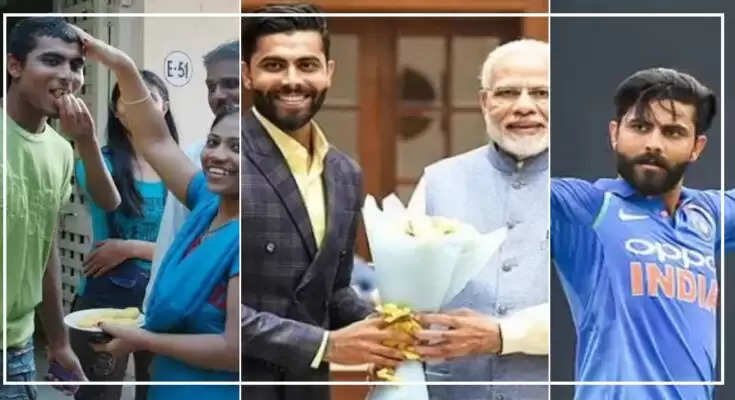 Net Worth: Jadeja's father was a security guard, today son is the owner of crores of assets

Ravindra Jadeja is such a player of the Indian cricket team, who gave life in the semi-final match of the World Cup, losing 2019. After the fall of the first six wickets, people had given hope but then Jadeja came and played such an innings that brought India very close to victory. Friends, Jadeja is such a player whose list of such things and achievements in his life is very big. Today, in this article, we will tell you about the journey of his small living room from a poor family to becoming the most powerful all-rounder on the Indian team. And tell how much money he earns and how much wealth he owns.

Jadeja was born in December 1988 in the state of Gujarat. He was a belonging person from a very simple family. Jadeja's father was a watchman and his mother worked as a nurse in a hospital he also has a sister who is a nurse. When Jadeja was young, his entire family used to live in a small room that was given to his mother by the hospital. His father wanted him to become an army officer but Jadeja wanted to become a cricketer. He started playing cricket at a very young age.

A person named Mahendra Singh Chauhan has played a huge role in making Jadeja's cricket career. Jadeja has mentioned these many times in his interviews. Mahendra Singh was a police officer by profession but he loved cricket. Because of this, he used to give cricket training to young children. He also trained Jadeja.

Jadeja played his first match in the Under-19 India team in 2005. The very next year in 2006, he was given a chance to play in the Under-19 World Cup. His performance in the final was excellent. Then in the same year, he got a chance to play first class cricket and you will be surprised to know that Jadeja became the first player to score 3 triple centuries in first class cricket. He did this feat at the age of just 23.

Then in 2009, when Jadeja got a chance to play internationally for Team India for the first time. Later in 2017, he also won the title of world's No. 1 all-rounder and since then Jadeja's flag has been flying high.

Jadeja married Riva Solanki in the year 2016. They also have a daughter named Nidyana. Jadeja's father's name is Anirudh Singh Jadeja and his mother's name is Lata Jadeja. Jadeja has two sisters named Naina and Padmini.

Let's talk about Jadeja's earnings. Let us tell you that Jadeja charges ₹ 2 lakh for a T20 match, three lakh rupees for an ODI match, and the same charges ₹ 5 lakh for a test match. Jadeja charges Rs 8 crore to play in an IPL season. Jadeja also earns a lot from brand promotion. 5 crores are taken after promoting a brand.