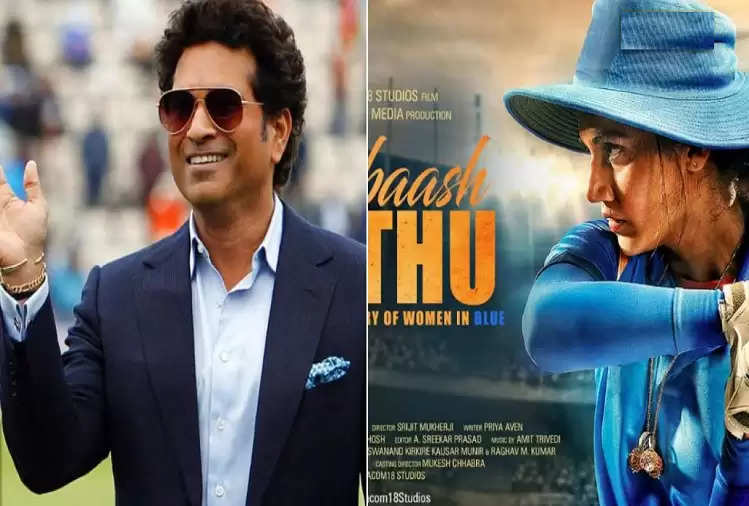 The trailer of Mithali Raj's much-awaited biopic, Shabaash Mithu was released on Monday. The Taapsee Pannu starrer is already garnering a lot of attention from Sachin Tendulkar and Sourav Ganguly.

The film Shabaash Mithu will portray Mithali's journey from the beginning of her career to achieving the feat and leading the Indian women's cricket team for all these years.

As soon as the trailer of the film was released, fans and experts alike lauded it, and among those who praised the Taapsee Pannu starrer were legends like Sachin Tendulkar and Sourav Ganguly.

The #ShabaashMithuTrailer is heartwarming. Mithali has inspired millions to dream and follow their passion & I am looking forward to watch this movie.

My best wishes to the entire team. https://t.co/ORUvwD7d2I

Tendulkar posted a tweet after watching the trailer of the film, and he also congratulated Mithali for 'inspiring millions'.

The great opener wrote on his Twitter handle, "#Well done Mithu Trailer is heartwarming. Mithali has inspired millions to dream and follow their passion and I look forward to seeing this film." My best wishes to the entire team."

BCCI President Sourav Ganguly also shared the trailer on his Twitter handle. Mithali herself shared an emotional tweet while sharing the trailer of her biopic.

She wrote- "One sport, one nation, one ambition... my dream! Thank you to the team and excited to share my story with all of you!".

Talking about the film, Shabaash Mithu is all set to hit the theaters on July 15, and apart from Taapsee Pannu, the star cast includes Mumtaz Sarkar, Vijay Raaz, and Brijendra Kala.