Mike Tyson attack video: Mike Tyson beats up a co-passenger on the flight, punches him in the face, a video viral 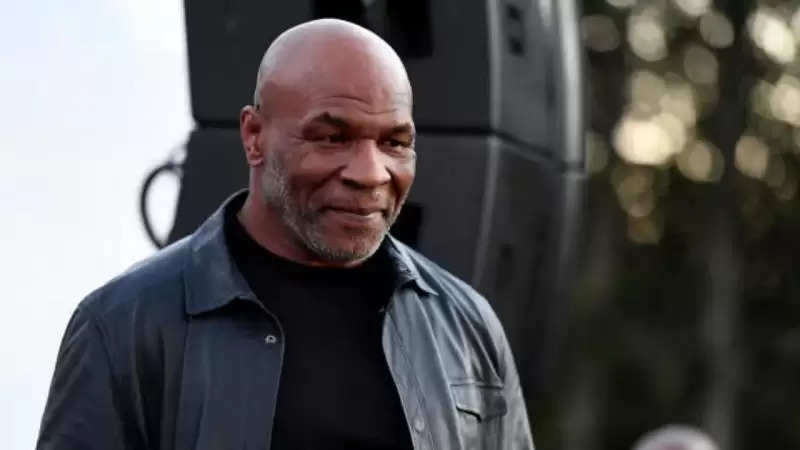 Mike Tyson is often in the news for the wrong reasons.

Mike Tyson is counted among the amazing boxers. But he has also been in the headlines due to his aggressive behavior. Many times his name has come up in cases of assault.

Former boxer Mike Tyson (Mike TysonOnce again in the headlines for the wrong reasons. He America (United States of America) allegedly punched a fellow passenger on a flight. The incident is said to have happened on April 20. Video of Mike Tyson punching has surfaced. The person on whom his anger descended has suffered injuries on his face and blood was also seen coming out. According to American media, Mike Tyson allegedly punched a passenger in the face on a San Francisco to Florida flight. It is said that the man who was beaten up was harassing Tyson repeatedly. Enraged by this, he attacked.

According to the video, 55-year-old Mike Tyson is sitting in the front seat. A person sitting behind them first talks to them. After this, he is seen talking about them many times. It seems that the video is being made by someone of his friend as he looks at the camera and also makes some gestures towards Tyson. Later Tyson asked him to shut up but the man did not pay heed. In such a situation, Mike Tyson lost his cool and attacked him.

A man was HARASSING Mike Tyson on a Jet Blue flight, and Mike had to put hands on him to stop the harassment. pic.twitter.com/NDjrfntrxn

what happened in the video

In the video, Tyson is seen getting up from his seat and turning backward, and punching the man in the face. Then in another video, it is seen that there is a lot of swelling on the face of the beaten person. Also, there is blood on the forehead. The man is heard saying, ‘I was beaten up by Mike Tyson. He was very angry. I was only asking for autographs. Don’t know what happened.’ According to the news agency AFP, initially on the flight, Tyson’s attitude was calm and friendly. But when the man did not keep quiet, he got angry. The man was trying to talk to this 55-year-old boxer again and again.

There are reports that the person has informed the police about the matter, but till now it is not known whether there was any questioning of Tyson or not. There was no response from US police, JetBlue Airline, and Tyson’s representatives.

Mike Tyson is counted among the best boxers. But he has also been in the headlines due to his aggressive behavior. During a match in 1997, he cut off the ear of boxer Evander Holyfield. Accusations of rape and taking drugs have also been proved against him, due to which he has also gone to jail.