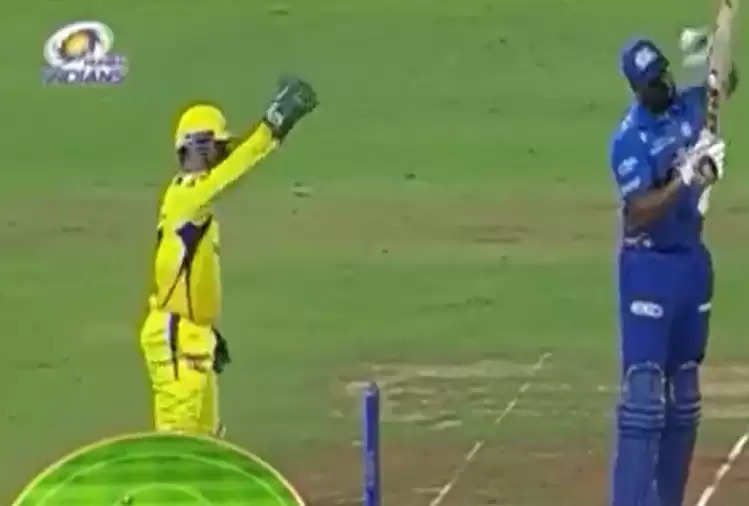 Former Chennai Super Kings captain MS Dhoni is often lauded as one of the masterminds in the cricketing world, and on Thursday, the veteran wicket-keeper batsman demonstrated to the world why he is still at the top of his game.

Mumbai Indians and Chennai Super Kings face off at the DY Patil Sports Academy in Navi Mumbai, Dhoni was seen setting up a special field for Pollard.

The West Indies all-rounder was on strike as Dhoni was seen telling Shivam Dube to move very straight towards long-on. On the very next ball, Pollard hit the ball over the bowler's head, but the ball went into Dubey's hand.

After the dismissal, netizens were delighted as they considered Dhoni to be the 'mastermind' after Dhoni's excellent field placement to dismiss Pollard.