'Kaun Hai Re Ye Pagal' - When Sourav Ganguly got angry with Dinesh Karthik! 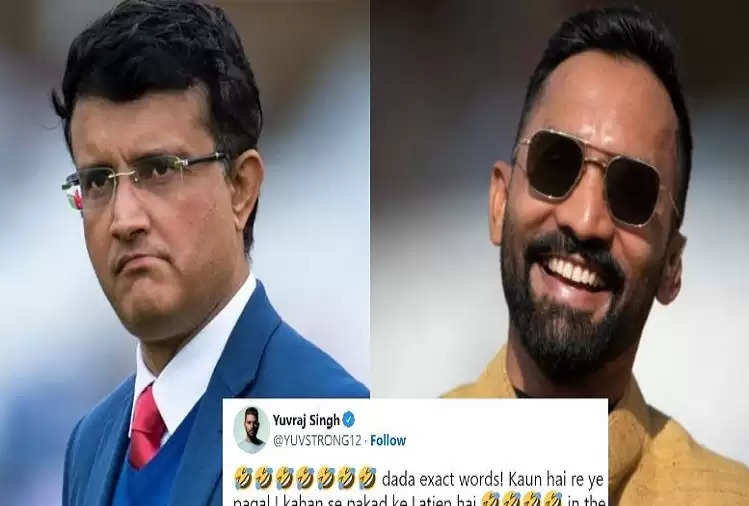 Dinesh Karthik's return to the Indian team at the age of 37 this year is no less than a story. Three years after being dropped from the national team, Karthik took IPL 2022 by storm - batting for Royal Challengers Bangalore, he scored 330 runs at a strike rate of 183 and earned his return for the South Africa series, where he played a Played match-winner. His knock of 55 off 27 balls and his maiden T20I half-century even 16 years after making his debut, ensured his place in the T20 World Cup in Australia. 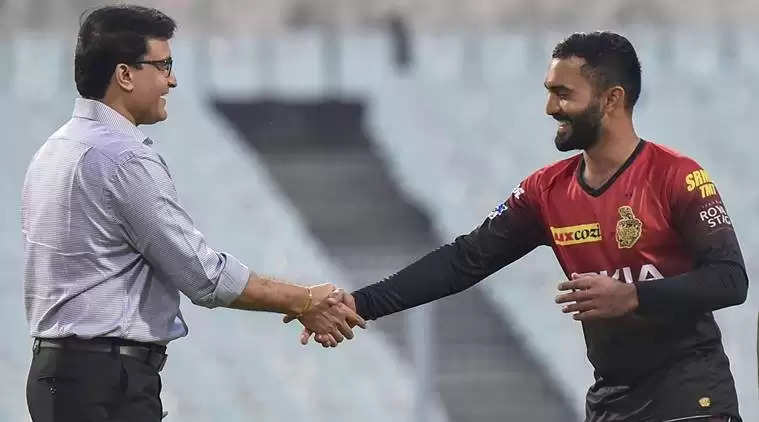 While talking with host Gaurav Kapoor on Breakfast with Champions, Karthik recalled a funny incident when, as a youngster, he had angered the then captain Sourav Ganguly during an India-Pakistan 2004 Champions Trophy game.

Karthik, who made his ODI debut against England a few days back, was not playing in that Pakistan match. On his way to serve drinks to the players on the fielding side, Karthik leaped towards the Indian huddle and could not brake because of the grass - and then hit Ganguly!

'Dada' was so angry at this that he screamed out, "Where do you get these players from, who are they?

Yuvraj Singh, who was a part of that game, gave the exact words used by Ganguly-: “Kaun hai re ye pagal! Where do you get them from?"

Meanwhile, Dinesh Karthik has been included in the Indian squad for two T20 International tours of Ireland later this month, with Hardik Pandya leading the team. Karthik is the designated wicketkeeper for Ireland's matches as Rishabh Pant will be with the Test team in England.