'Is that MS Dhoni?': Picture of this man wearing Rishabh Pant's mask before IND vs ENG 3rd T20I goes viral! 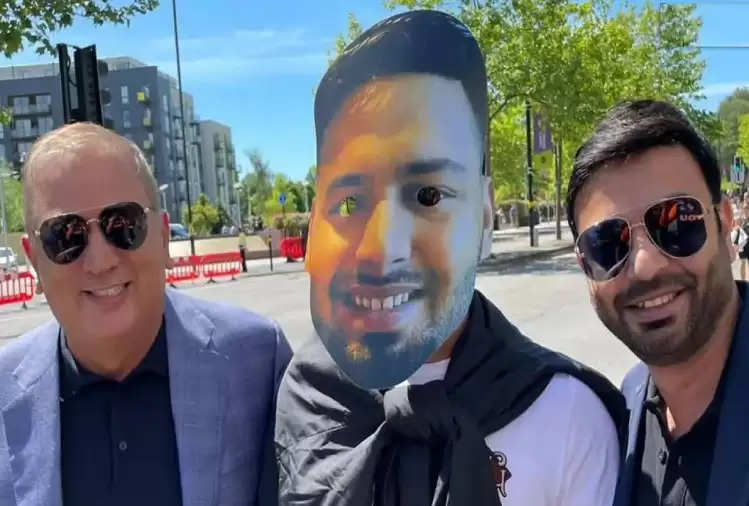 Rohit Sharma's Team India managed to win another series against England after a 2-1 win in the three-match T20I series. India could have won the third game as well, but missed the opportunity by 17 runs.

However, before the start of the third game, a photo of a man wearing a Rishabh Pant mask went viral on Twitter. It was later revealed that the man was none other than former Indian captain MS Dhoni. Since the publication of the photo, there has been a stir among the fans.

MS Dhoni later joined the Indian team after the second T20I match and was photographed interacting with youngsters and former teammates. BCCI also released the pictures on the official Twitter account! Dhoni celebrated his birthday in London and was also seen enjoying a match at Wimbledon.