IPL: From 2008 to 2022, know which team won the trophy by defeating whom, who was the player of the tournament? 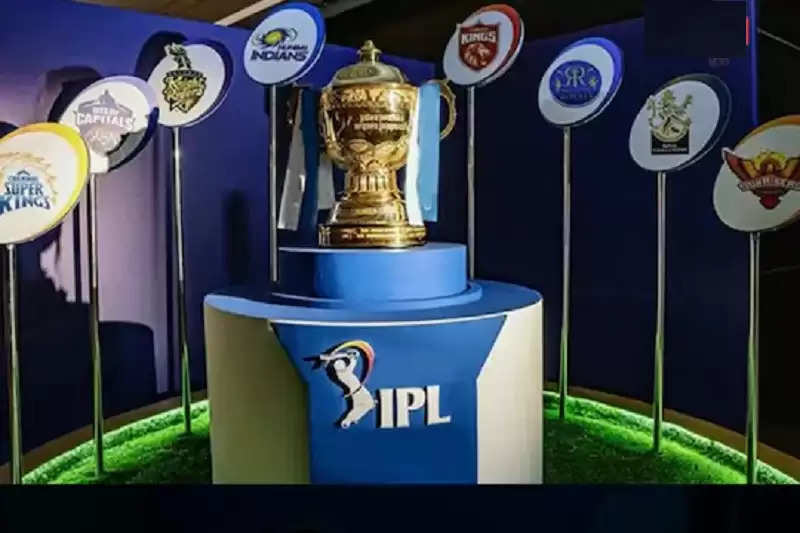 IPL 2022 has reached its end. The team Gujarat Titans has become the champion. The final match was played between Gujarat Titans and Rajasthan Royals, in which Gujarat defeated Rajasthan by seven wickets. IPL is very popular all over the world and the best players in the world are eager to play in this league. There were many amazing things to see in the 2022 season as well.

This league was started in 2008 and then under the captaincy of late Shane Warne, the team Rajasthan Royals won. Earlier this league was played between eight teams till 2021, but this season 10 teams took part. In 2010 also 10 teams played.

At the same time, nine teams each took part in this tournament in 2012 and 2013. Rohit Sharma's team Mumbai Indians have won the IPL title five times. At the same time, Mahendra Singh Dhoni's team Chennai Super Kings is the second most successful team. He has won this title four times.

Apart from this, Kolkata Knight Riders have won the tournament twice. At the same time, Deccan Chargers, Rajasthan, and Sunrisers Hyderabad have been able to win this book once. Talking about the current teams, for the first time in the league, Gujarat Titans, Lucknow Super Giants, and old teams Delhi Capitals, Punjab Kings, and Royal Challenge Bangalore have not won a single IPL title so far. Let us know which team won this title by defeating whom from 2008 to 2021. 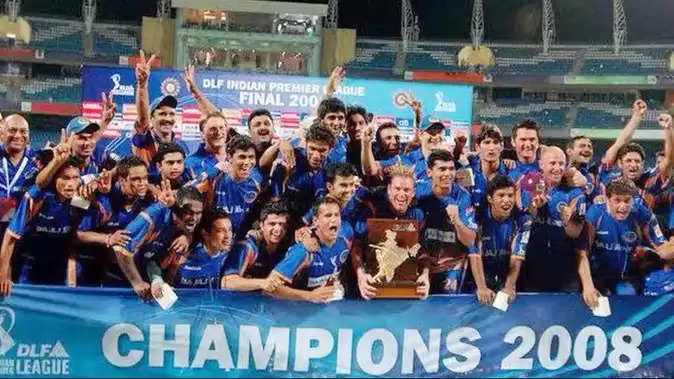 The first season of IPL was played in 2008. Rajasthan Royals became the first team to win the title in IPL history. Led by legendary leg-spin Shane Warne, Rajasthan defeated Chennai Super Kings in the final and won the title. Rajasthan beat Chennai by three wickets. 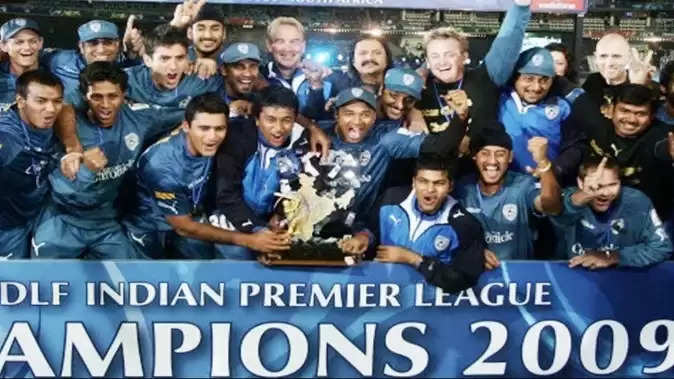 Deccan Chargers Hyderabad won the title in the second season. In IPL 2009, Hyderabad defeated Royal Challengers Bangalore by six runs in the final. Adam Gilchrist was named Player of the Series. 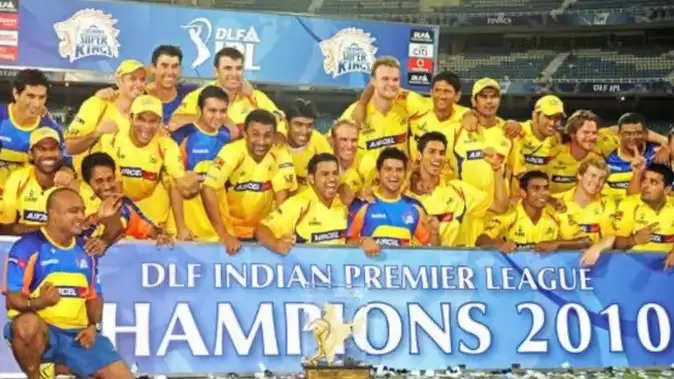 Chennai Super Kings, one of the strongest teams in IPL, missed out on the title in 2008, but in 2010 the team won the title. Under the leadership of Mahendra Singh Dhoni, Chennai defeated Mumbai by 22 runs in the final to win the title. Sachin Tendulkar was adjudged Player of the Series. 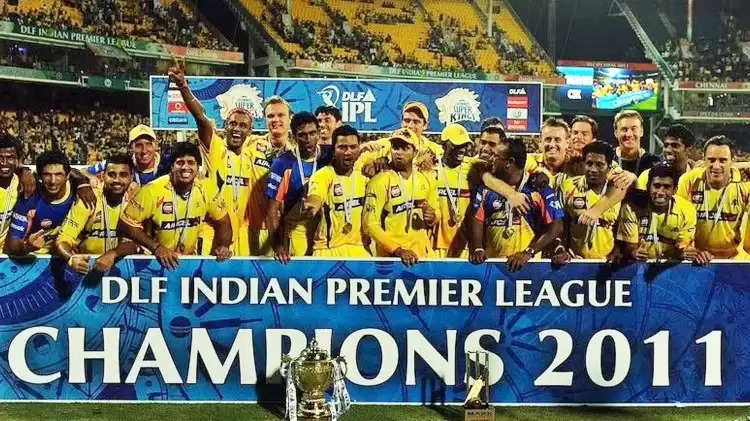 MS Dhoni's team Chennai Super Kings won the title for the second consecutive season. In the final of 2011, Chennai defeated Royal Challengers Bangalore by 58 runs to win the title. Chris Gayle was the player of the series.

IPL got a new champion in 2012. Kolkata Knight Riders, the team of Bollywood's King Khan Shahrukh Khan, won the fifth season. Under the captaincy of Gautam Gambhir, KKR defeated Chennai by five wickets in the final. Sunil Narine was the player of the series.

IPL got another new champion in 2013. Mumbai Indians won the title under the captaincy of Rohit Sharma. Mumbai beat Chennai Super Kings by 23 runs in the final. Shane Watson was adjudged Player of the Series.

Kolkata Knight Riders won the title again in IPL 2014. This time again the captain was Gautam Gambhir. In the final, Kolkata defeated Kings XI Punjab by three wickets. Glenn Maxwell, who was in excellent form that season, was adjudged the Player of the Series.

Mumbai Indians team once again became the champion in IPL 2015. Under Rohit's captaincy, Mumbai again defeated Chennai in the final. Mumbai Indians won by 41 runs. Andre Russell became the Player of the Series.

The ninth season of IPL was named after Sunrisers Hyderabad. Under the leadership of David Warner, Hyderabad performed wonderfully in the year 2016. The team won the title for the first time. Hyderabad defeated Royal Challengers Bangalore by eight runs in the final. This was the third time that Bangalore's team lost in the final. Since then the team has reached the playoffs, but could not reach the finals.

Mumbai Indians team became champion for the third time in IPL 2017. Mumbai defeated Rising Pune Supergiants by one run in the final. Ben Stokes of Pune was adjudged the Player of the Series.

In IPL 2018, Chennai Super Kings made a comeback after a two-year ban. Under Dhoni's leadership, the team made a tremendous comeback and defeated Sunrisers Hyderabad by eight wickets in the final. This season Sunil Narine of Kolkata was adjudged the Player of the Series.

In the final match of IPL 2019, Mumbai Indians defeated Chennai Super Kings by one run in a thrilling match and won the IPL title for the fourth time. In this match, Mumbai Indians, batting first, won the toss and scored 148 for eight. In reply, Chennai's team could only score 147 runs in the stipulated 20 overs for seven wickets. KKR's Andre Russell was the player of the series.

IPL 2020 started in September due to Corona. Mumbai Indians did this season in their name. Mumbai defeated Delhi Capitals by five wickets in the final and became the most successful team in IPL history. Fast bowler Jofra Archer was the player of the series.

Chennai Super Kings won the IPL 2021 title. The team defeated Kolkata Knight Riders by 27 runs in the final. Batting first, Chennai scored 192 runs for three wickets in 20 overs. In reply, Kolkata's team could only score 165 runs in 20 overs. Harshal Patel of Bangalore received the Player of the Series Award. He took the most wickets in the tournament. 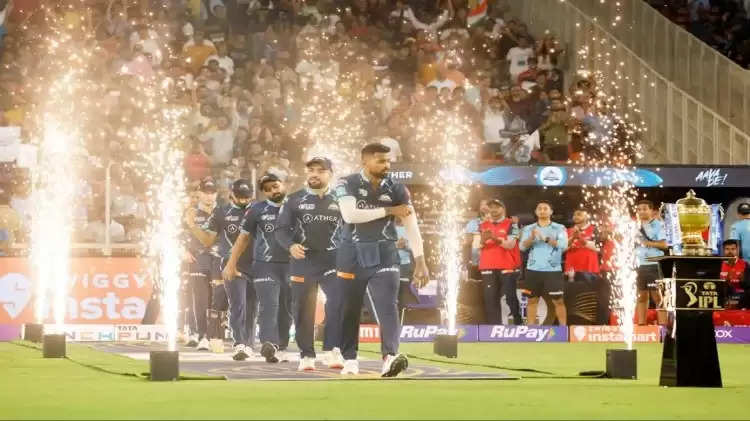 The team of Gujarat Titans has won the title of IPL 2022. The final match was played between Gujarat and Rajasthan. In the final, Gujarat defeated Rajasthan by seven wickets. Jos Buttler was the player of the tournament.