IPL 2022: Whoever Ravindra Jadeja did not understand, MS Dhoni gave him a chance, the batsman created a furor, played an important role in CSK’s victory 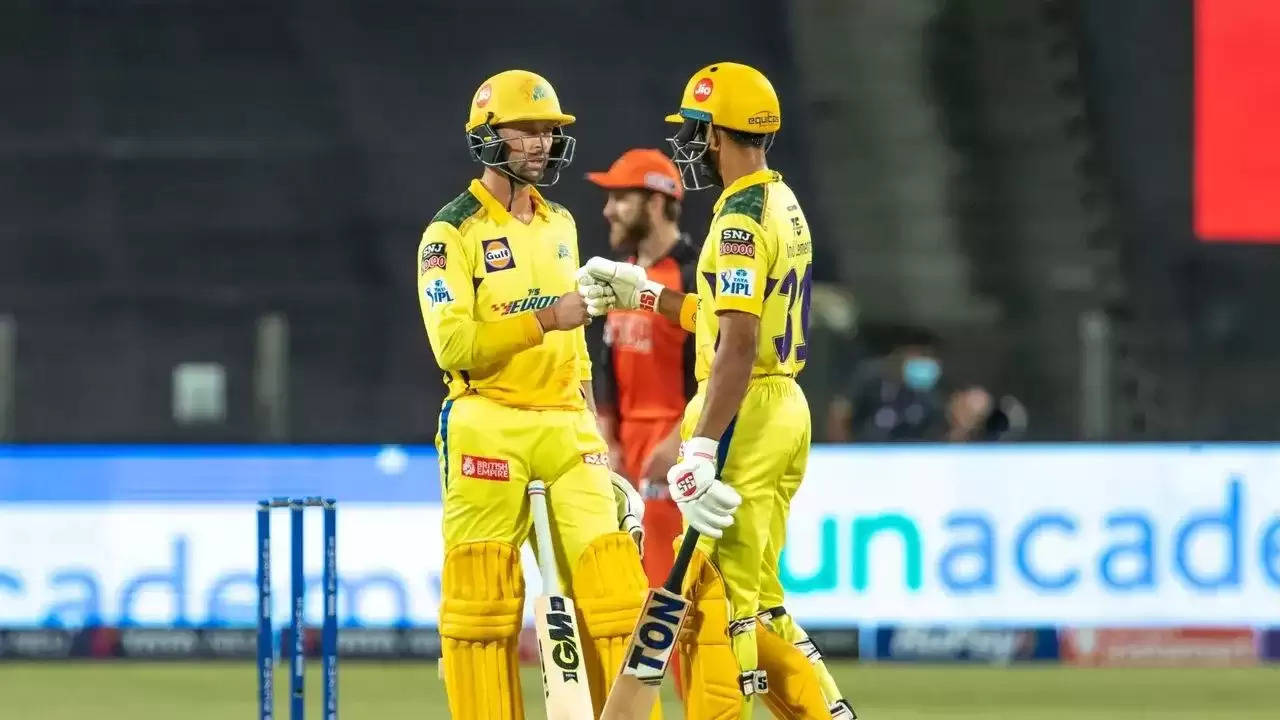 When Ravindra Jadeja became the captain of Chennai Super Kings, he dismissed this batsman after playing a match but Dhoni gave him a chance and this batsman played a strong inning.

Chennai Super Kings (Chennai Super Kings) of IPL-2022 (IPL 2022) has not been good. Chennai, who came out as the current winner, had to face five consecutive defeats. After this Chennai got a victory. Meanwhile, Chennai captain Ravindra Jadeja left the captaincy and the captaincy came under the responsibility of MS Dhoni. Dhoni took charge of the team in the match against Sunrisers on Sunday and also got the victory. In this match, Dhoni gave a chance to a player who was thrown out by Jadeja only after one match. This player is New Zealand’s left-handed batsman Devon Conway (Devon Conway), Conway played in the first match of this season but after that, he was dropped.

After this, the seven-match convent sat outside and kept watching Chennai lose. This year, Conway was bought by Chennai in the mega auction for a price of one crore rupees. This player made his IPL debut against Kolkata Knight Riders but could only score three runs.

When Dhoni returned to the captaincy of Chennai, he gave a chance to Conway. This batsman did not disappoint Dhoni. The left-handed batsman opened the innings with his opening partner Rituraj Gaikwad and scored the highest partnership of the season. Together these two shared a partnership of 185 runs for the first wicket. This is also the biggest partnership against Hyderabad and also the biggest opening partnership for Chennai. Both of them scored fiercely in front of the strong bowling attack of Hyderabad. Gaikwad, however, got out and missed a century by just one run. But Conway was not out. He went unbeaten on 85. In his innings, this batsman faced 55 balls and hit four sixes in addition to eight fours.

Such has been the T20 career

If Conway’s T20 career is seen, he has played 20 matches for New Zealand so far and has scored 602 runs. During this, he has crossed the 50 mark four times. His highest score is 99 not out, which he scored against Australia in Christchurch last year. At the same time, he has played three ODIs for his team and has played seven Test matches. He has scored 225 runs in ODIs while he has scored 767 runs in Tests.