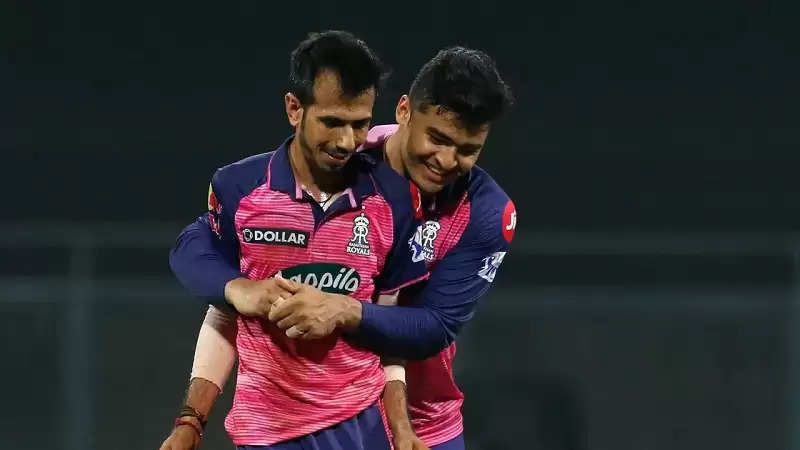 Yuzvendra Chahal is on top in the purple cap race. (IPL Photo)

IPL 2022 Purple Cap: It is the dream of every bowler playing in the Purple Cap league. Purple Cap is given to the bowler who takes the highest number of wickets in the season.

IPL 2022 (IPL 2022) As the league round is progressing, its excitement is also increasing. While the batsmen are entertaining the fans with the rain of sixes and fours, the bowlers are also leaving no stone unturned to make the matches exciting. The role of the batsmen in the victory of the team is as much as that of the bowlers. Rajasthan Royals on Monday (Rajasthan Royals) And once this was seen in the match played between Kolkata Knight Riders. Yuzvendra Chahal (Yuzvendra Chahal) changed the outcome of the match on his own and at the same time averted the threat to his purple cap.

It is a matter of great pride for bowlers to get the Purple Cap in the IPL. In a way, it is proof of his ability. At the end of the league, this cap is decorated on the head of the player who has taken the most wickets. At the same time, after every match during the league, it is on the head of the bowler who is at the forefront of the Purple Cap race at that time. Yuzvendra Chahal of Rajasthan Royals has been sitting on this for some time and on Monday he strengthened his claim further.

Yuzvendra Chahal took five wickets, including a hat-trick, against KKR on Monday. Chahal gave 40 runs in his four overs and took five wickets. In the 17th over of the match, Chahal took variable wickets. First, he dismissed Venkatesh Iyer to Iyer. Then completed the hat-trick by dismissing Shreyas Iyer, Shivam Mavi, and Pat Cummins on the fourth, fifth and sixth balls. Apart from this, he also dismissed Nitish Rana. Chahal has further strengthened his hold on the Purple Cap by taking five wickets.

After the matches on Sunday, Sunrisers Hyderabad’s T Natarajan had reached equal to Yuzvendra Chahal. However, the purple cap remained with Chahal as he took 12 wickets in five matches. After taking five wickets against KKR on Monday, Chahal now has 17 wickets in six matches. Now he is five wickets ahead of Natarajan. Apart from this, there has been no significant change in the list of Purple Cap after Monday’s match. 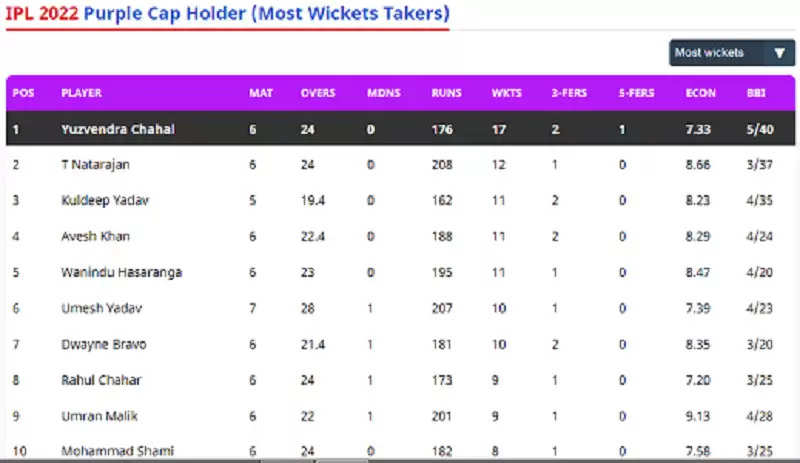