IPL 2022 Purple Cap: The pair of ‘Kul-Cha’ created a ruckus, the batsmen were not able to move from place to place 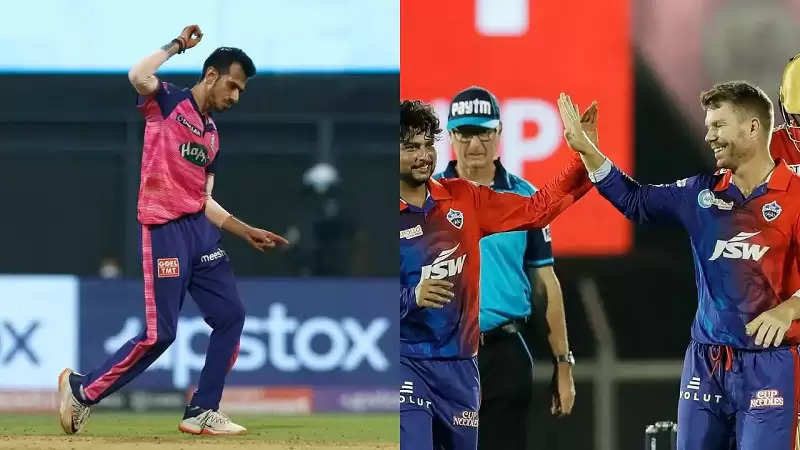 Kuldeep Yadav and Yuzvendra Chahal are making a splash in IPL-2022. (IPL Photo)

IPL 2022 Purple Cap: Yuzvendra Chahal has taken the first hat-trick of this season, that is why he is sitting in a very strong position at number one.

IPL-2022 (IPL 2022) There have been 34 matches in total so far. In such a situation, if we talk about the batsmen, then the foreign batsmen are doing well and are scoring runs continuously. The list of top run-scorers is dominated by foreign batsmen. England’s right-handed batsman Jos Buttler, who plays for Rajasthan Royals, is constantly spewing fire. While the list of batsmen is dominated by foreigners, while the list of bowlers is dominated by Indian players. That too spin bowler is considered to be the identity of India. Two of India’s finest spinners are leading the list of highest wicket-takers this season and occupy the top two positions. Rajasthan leg spinner Yuzvendra Chahal (Yuzvendra Chahal) and IPL Purple Cap (IPL Purple Cap) are at the forefront of the race. He is at number one with 18 wickets in seven matches.

Chahal took a hat-trick against Kolkata Knight Riders, which is the first hat-trick of his IPL career this season. In the match played against Delhi on Friday, Chahal got only one wicket. At the same time, Chinaman Kuldeep Yadav, who was his partner in Team India, is at number two. Kuldeep did not get a single breakthrough against Rajasthan but he is maintaining his second position. He has taken 13 wickets in seven matches. This pair is known as ‘Kul-Cha’ and at one time this pair used to play together in Team India. Let us tell you that the Purple Cap is given to the bowler who is successful in taking the most wickets at the end of the league. Its owner keeps changing match by match even during the league.

These three players in top-5

Dwayne Bravo of Chennai Super Kings is in third place in the Purple Cap race. Bravo has taken 12 wickets in seven matches. T. Natarajan of Sunrisers Hyderabad is at number four with 12 wickets in six matches. Delhi’s left-arm fast bowler Khaleel Ahmed, who took a wicket against Rajasthan, is at number five. He has 11 wickets in six matches. Khaleel had given Delhi the first success against Rajasthan by taking the wicket of Devdutt Padikkal.

If any bowler shone in the match between Rajasthan and Delhi, it was the famous Krishna. The right-arm bowler led Rajasthan’s bowling. Krishna took three wickets for 22 runs in his quota of four overs in this match. He has now got eight wickets in seven matches. He is at number 15.

Read the full list of Purple Cap for IPL 2022 here 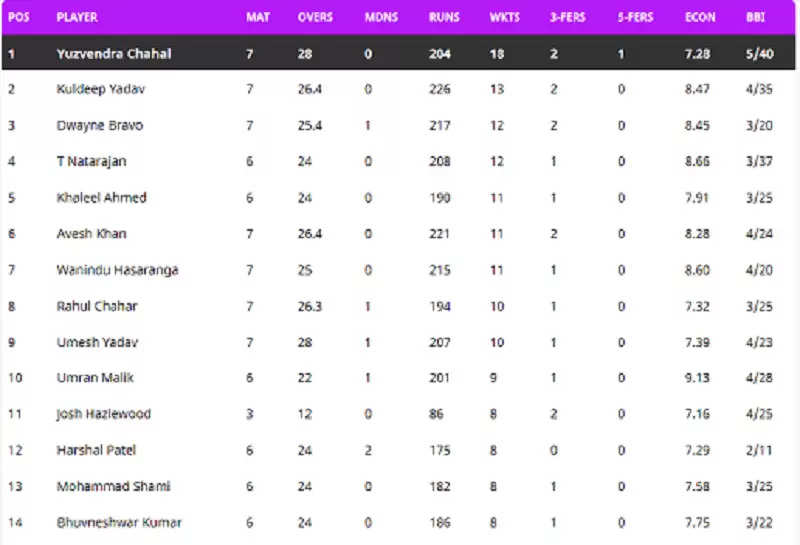