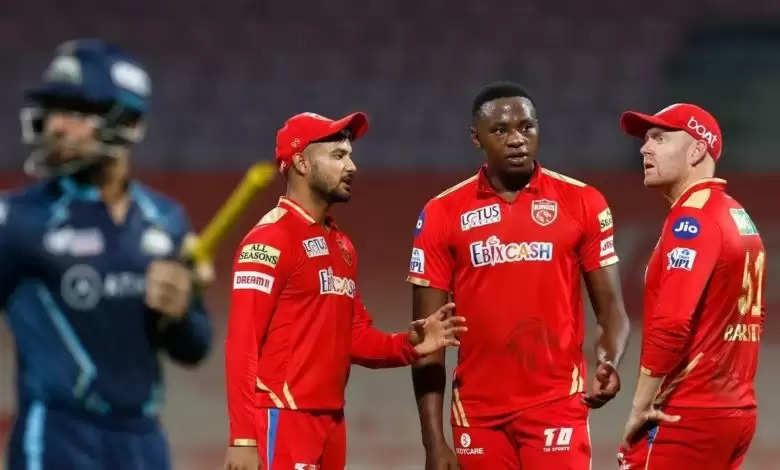 IPL 2022 Purple Cap: Yuzvendra Chahal and Kuldeep Yadav have done consistently well this season and they have the top-2 spot in the list of highest wicket-takers but now Kagiso Rabada has come to challenge them.

Punjab Kings defeated Gujarat Titans in the match played on Tuesday. This is Gujarat’s IPL-2022 (IPL 2022) The second loss. In its very first season, Gujarat has shown a wonderful game. Last night, however, neither the batting nor the bowling of this team worked and Punjab easily defeated it. The low score made by Gujarat laid the foundation for this victory of Punjab. Batting first, Gujarat had scored 143 runs for the loss of eight wickets. Punjab fast bowler Kagiso Rabada played an important role in stopping Gujarat from scoring low (Kagiso Rabada). Rabada took four wickets in this match. Rabada won the Purple Cap based on his performance. (Purple Cap) Has improved its position in the race.﻿

Rabada scored three successes against Gujarat for 44 runs in his quota of four overs. Based on this strong performance, he has entered the top-5 in the Purple Cap race. He has now taken a total of 17 wickets in nine matches and has come at number three.

Such is the position of the top-5

Rabada has started challenging number-1 ranked Yuzvendra Chahal and number two Kuldeep Yadav with this performance. The pair of these two is known as ‘Kul-cha’. Rabada is two wickets behind the number one Chahal in the list of highest wicket-takers this season. Kuldeep and Rabada have equal wickets but due to the better economy and average, Kuldeep is at number two. Kuldeep also has 17 wickets in nine matches but his economy is 8.23 ​​while Rabada’s economy is 8.27. Talking about the average, Kuldeep has an average of 15.82 while Rabada’s average is 8.27. T Natarajan of Sunrisers Hyderabad is at number four. This bowler has 17 wickets in nine matches. Umesh Yadav of Kolkata Knight Riders is at number-5. He has 15 wickets in 10 matches.

Mohammed Shami at No.7

Mohammed Shami, who played a key role in Gujarat’s victory with his bowling, spent 43 runs in four overs against Punjab and got a breakthrough. He has come at number 7. At the same time, Rahul Chahar of Punjab is at number-10. However, Chahar did not get a single wicket against Gujarat. He only bowled 1.3 overs and conceded 11 runs and could not take wickets.