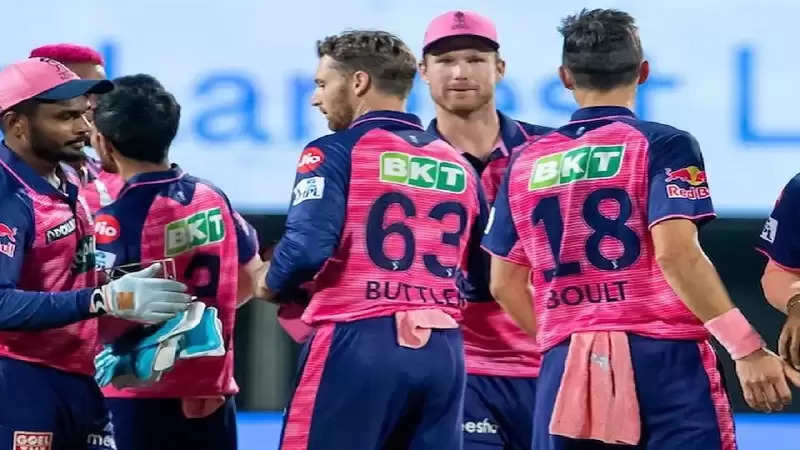 IPL 2022: The team Rajasthan Royals has shown a good game so far this season

IPL 2022 Points Table: At the end of the league round, only the four teams that occupy the top of the points table get a chance to go to the playoffs. This time 10 teams are participating in the league, which has made the race for the points table more interesting.

IPL 2022 (IPL 2022) 30 matches have been played in almost half of the league round is over. In such a situation, now the race for the points table has become more exciting. In this season 10 teams are participating instead of eight. For this reason, along with points, a lot of impact on the net run rate is also being seen. Kolkata Knight Riders on Monday (Kolkata Knight Riders) The team of Rajasthan Royals has reached second place after defeating. Although Shreyas Iyer (Shreyas Iyer) KKR, under the captaincy of KKR, suffered a third consecutive defeat, they are still present in the sixth place in the points table.

Sanju Samson’s Rajasthan Royals secured their fourth win in the league on Monday. Rajasthan Royals won the match by seven runs thanks to Jos Buttler’s second century of the Indian Premier League 2022 and spin bowler Yuzvendra Chahal’s hat-trick. He has got a big advantage in this victory. However, Sunrisers Hyderabad and Lucknow Super Giants have suffered due to the victory of the Rajasthan Royals.

The points table plays an important role in the league round of IPL. This decides which teams will reach the next round. , At present, Gujarat Titans, Rajasthan Royals, Lucknow Super Giants, and Royal Challengers Bangalore are in fourth place. Rajasthan’s team was in fifth place with six points till Sunday. However, after beating KKR, it has 8 points and is now in second place. Apart from Rajasthan Royals, Lucknow Super Giants, RCB and Sunrisers Hyderabad also have eight points. Although Rajasthan’s net run rate is the best of these, so they are in second place.

KKR got a hat-trick of defeat

While four teams got stuck in 8 points traffic, the teams of KKR and Punjab Kings have scored six points each. KKR had a chance to beat Rajasthan and enter the top four but it could not happen. KKR is in sixth and Punjab in seventh place. The most successful teams in the league are in bad shape. Chennai’s team has managed to get only one win and is in ninth place, while Mumbai Indians’ team’s search for the first win continues even after six matches and is in the last place. Meanwhile, the team Gujarat Titans, playing for the first time in the league, remains on top with 10 points. 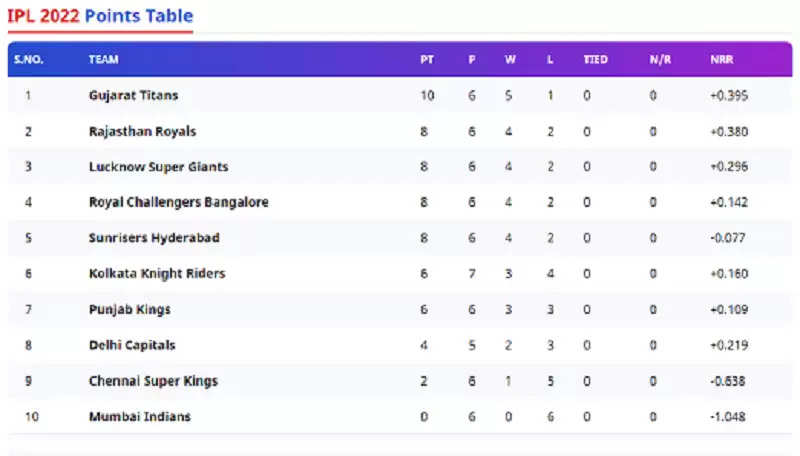