IPL 2022 Orange Cap: Jos Buttler’s bat caught fire, strong place on the top, no one is around 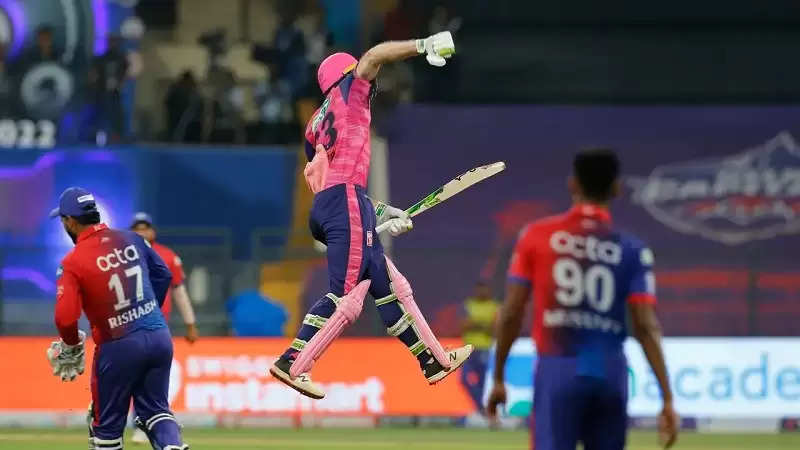 IPL 2022 Orange Cap: After the match played between Rajasthan Royals and Delhi Capitals, there has been a change in the top-5 in the Orange Cap race in which a Delhi batsman has jumped six places.

IPL-2022 (IPL 2022) A batsman is wreaking havoc. This batsman has played only seven innings so far and in this, he has crossed 50 in five innings. The name of this batsman is Joss Butler. (Jos Buttler). Buttler played another strong inning against Delhi Capitals on Friday. This right-handed batsman of England scored a century against Delhi, which is his third century of this season. Butler scored 116 runs while beating Delhi’s bowling fiercely. In this innings, Butler faced only 65 balls and hit nine sixes in addition to four fours. Butler’s strike rate in this match against Delhi was 178.46. With these innings, Butler won the Orange Cap. (IPL Orange Cap) That has strengthened its position at number one in this race.

The Orange Cap is awarded at the end of the season to the batsman who has scored the most runs. Its entitlements keep changing even in the middle of the league. This cap is adorning Butler’s head at this time and he is far ahead of his rivals. So far this season, Butler has scored 491 runs in seven innings of seven matches. During this, his bat has scored three centuries and two half-centuries. He has an average of 81.83 and a strike rate of 161.83. He is the first batsman to cross 400 this season.

Delhi’s young opener Prithvi Shaw also showed his style in this match and gave a strong start to the team. He scored 37 runs against Rajasthan in 27 balls with the help of five fours and a six. With this, he has come from ninth to third place. He has got 254 runs in seven matches. So far this season, two half-centuries have come out of Shaw’s bat. Occupying the second number. Lucknow Super Giants captain Lokesh Rahul. This time again Rahul has shown the power of his bat in the IPL. He is the second batsman to score a century this season. Apart from Butler and Rahul, no other batsman has been able to score a century so far. Rahul has 265 runs in seven innings of seven matches.

These two batsmen are also in top-5

Apart from Butler, Rahul, and Shaw, two more batsmen in the top-5 are Shivam Dubey of Chennai Super Kings and Faf du Plessis, captain of Royal Challengers Bangalore. Du Plessis has scored 250 runs in seven matches at an average of 35.71 this season. So far, two half-centuries have come off his bat. He is at number four. Shivam Dubey is at number five with 239 runs in seven matches. Dubey has also scored a total of two half-centuries so far.

Know the status of the Orange Cap of IPL 2022 here 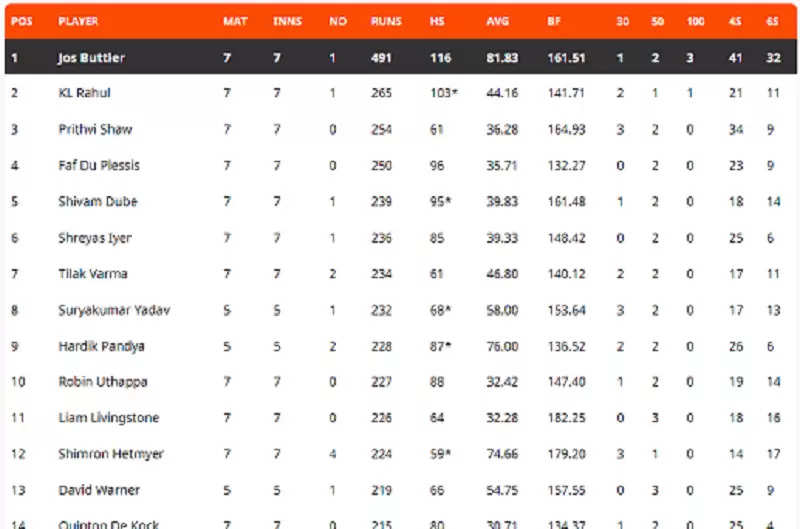